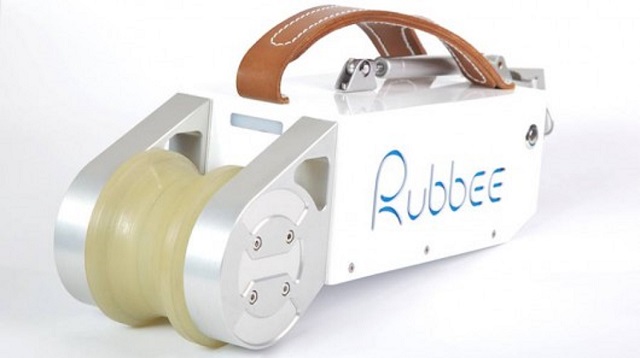 If you already have a bicycle but would like to get electric power support once in a while, you can either get a new electric bike or you can permanently convert your existing bicycle. Or maybe all you need is the Rubbee, which can connect to a regular bicycle in just a few seconds to convert it to an electric one.

Weighing in at 6.5 kg, the waterproof Rubbee is powered by a 14.4-volt 280-Wh battery pack and it can be attached to a seatpost via a quick release lever. The Rubbee’s roller, made from a “special polyurethane compound mix”, rests on top of the rear tire. The material ensures good grip between the tire and the roller and there won’t be too much of wear as well. The roller will always be in contact with the tire (rubbing all the time, so Rubbee) due to a shock absorber-like arm. 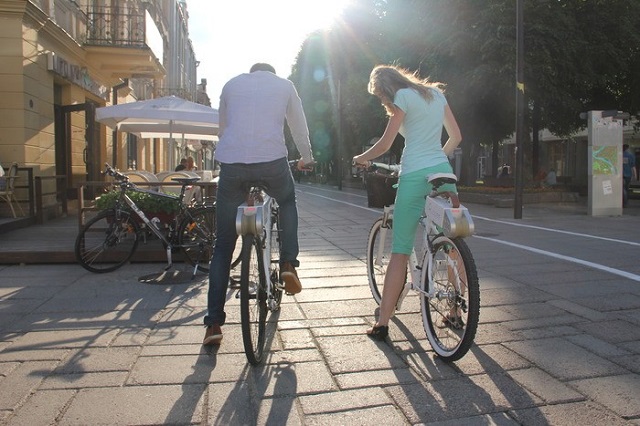 According to its creators, in “motor only” mode (without you pedaling) Rubbee will deliver a top speed of 25 km/h – or about 15mph. Rubbee also gives 800 watts of peak power and has a range of 25 km on average. When totally depleted, the battery pack can be juiced up fully in two hours.

There is also a handlebar-mounted throttle that will always be on the bicycle. And if you decide in between your ride to not use Rubbee, you can simply flip it up so that the roller is not in contact with the tire. Rubbee’s London-based makers are even saying that the Rubbee can be used on bikes with rear suspension.

It’s certainly an interesting new product. But we feel that the price tag might be a tad high for some that they will simply go for a new electric bike. What do you think?