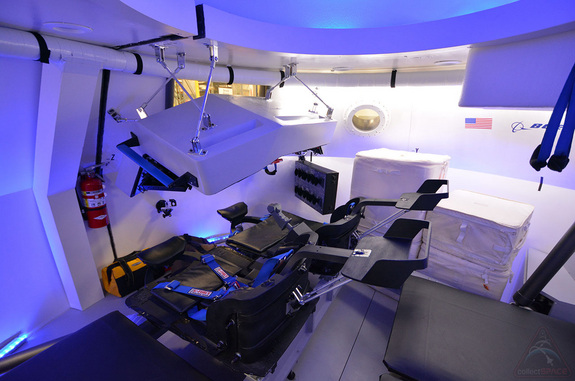 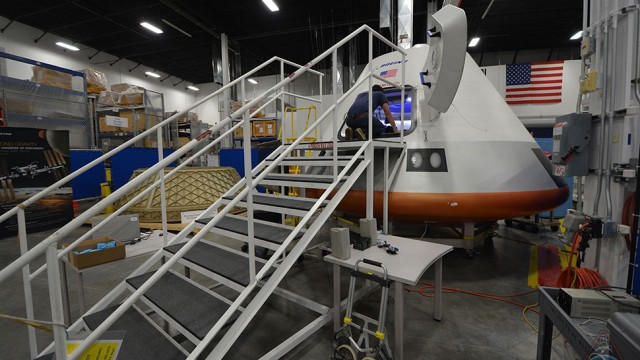 Most of us are familiar with the Boeing name, having flown on one of their planes to get to this place or that, but the Chicago-based corporations also has ambitions that take us beyond the Earth’s atmosphere. Near NASA’s Johnson Space Center is Boeing’s Houston Product Support Center and it was there that they revealed the full scale version of the CST-100 spacecraft.

This “gumdrop-shaped” vessel isn’t going to propel itself into outer space, of course, but it is what may be used to transport up to seven crew members from terra firma to the International Space Station. The version shown off in Houston was just a full scale model and not really a fully functional version, but it gave astronauts Serena Aunon and Randy Bresnik a first-hand look at where they may be sitting on their next trip.

One thing that makes the CST-100 different is that they’re taking on more of a commercial approach, rather than being funded by NASA. The private enterprise is similarly being approached by SpaceX and Sierra Nevada Corporation, all of whom are competing for NASA’s business. Thus far, Boeing has received $570 million from NASA to design and develop the 14.8 feet-wide CST-100 commercial capsule.

While the outside was designed mostly by Bigelow Aerospace, Boeing took its cabin expertise to the interior. That’s why it looks sort of like a commercial aircraft from the inside. There are two rows of seats, room for luggage cargo, and the complex array of controls. What they haven’t figured out yet, though, is how to handle waste management. Space travelers need facilities too, right?