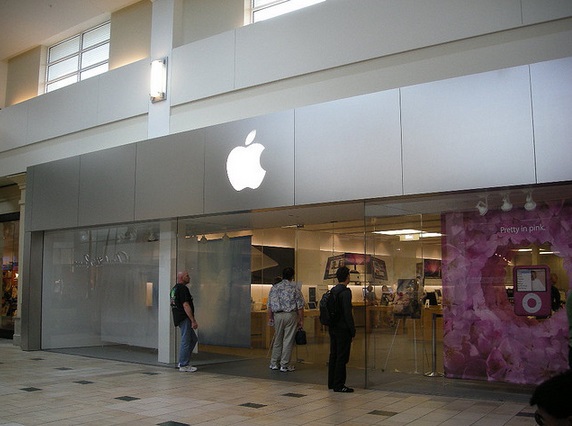 As Android screen sizes continue to trend upward, the iPhone 5 managed a slight screen size increase and the iPad has stayed the same – though it did add a smaller option with the iPad mini.

So will Apple ever change its tune and go for larger displays? According to a new report from the WSJ, yes, it’s working on such a possible change as we speak. The report further claims that Apple is not only working with a 4+-inch iPhone design, but even a massive 13-inch iPad.

There will likely be a time when Apple does consider a larger-sized iPhone, but right now doesn’t seem like the right timing.

The idea of larger phone displays make sense considering the trend, but why a larger iPad? Honestly, it could be about gaining a larger section of the business market. If Windows 8 tablets ever manage to gain real traction, Apple could be in trouble. That said, a larger sized iPad with a larger focus on enterprise and productivity could help swing things back into Apple’s favor.

Regardless of whether you’d want a larger iPad or iPhone, remember that IF this rumor is true, testing means very little. Apple likely tests new ideas, screen sizes and processor types all the time. It doesn’t mean we’ll ever see such tests reach the light of day.

There will likely be a time when Apple does consider a larger-sized iPhone, but right now doesn’t seem like the right timing. For one, they just upped the size of the iPhone – why would they do it again? So that means that’d have to introduce a iPhone 5-sized phone and a new ‘bigger’ phone. Add that to the rumored budget iPhone and that’s three new phone models. Just doesn’t seem likely.

What do you think, would you like to see bigger iDevices, or are you happy with the currently offered size configurations?