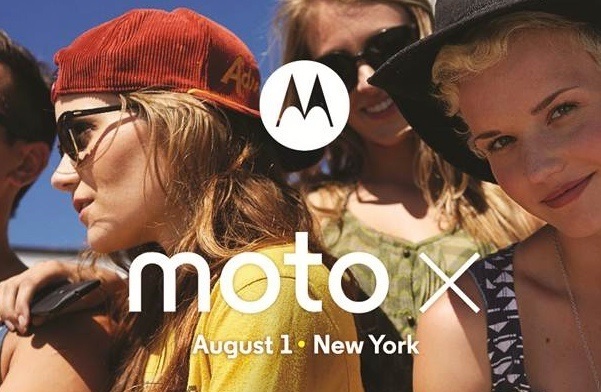 After all the speculation and rumors, the Moto X is finally just around the corner. Earlier today Motorola began releasing press invites for a special Moto X event on August 1st, which will take place in New York City.

The press release doesn’t really give us anything new to go on, but it’s nice to finally see that the phone’s secrets will be divulged. If the rumor mill proves right, the Moto X will be a modest handset – specs wise – with a 720p display, 1.7GHz dual-core Snapdragon S4 Pro processor, 2GB RAM, a 10MP rear cam and Android 4.3 Jelly Bean out of the box.

So why so much hype and excitement? First, because it is the first Motorola phone built directly under Google’s influence. Second, because the phone will be made in the United States and will feature special customization capabilities.

What do you think, are you excited for the Moto X or not? Share your thoughts below.