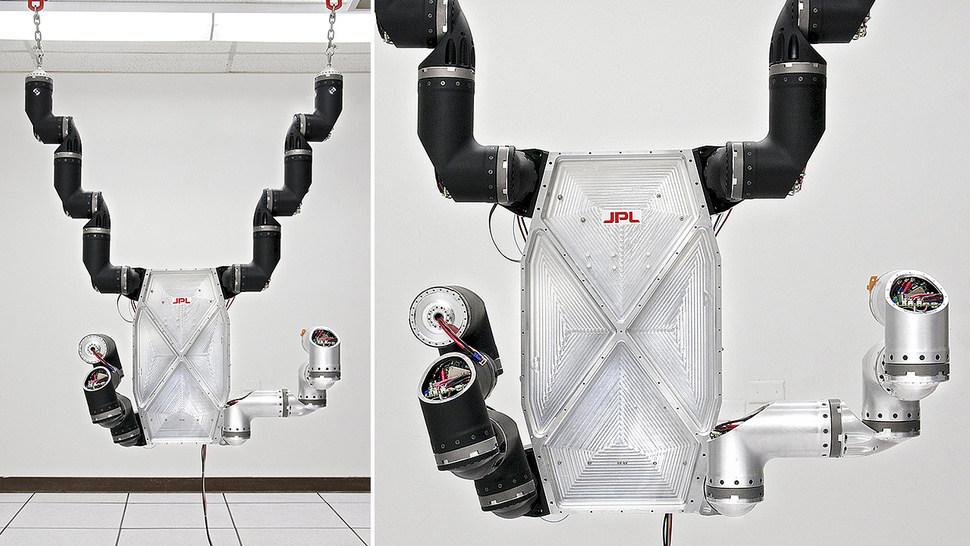 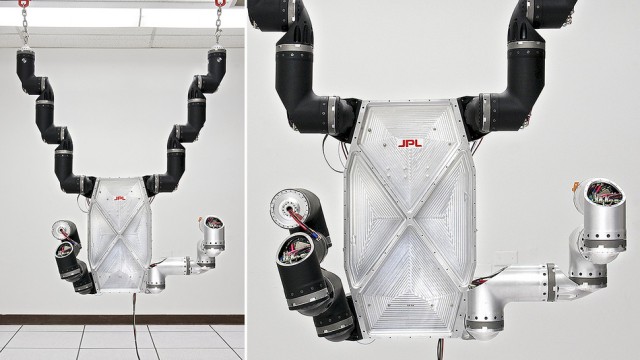 Robots can take on all sorts of different forms. You have the ones that almost resemble trash cans, like R2-D2. You have the robot dogs, like Sony’s AIBO. You have humanoid robots, like Honda’s ASIMO. But what about our primate cousins? It looks like NASA isn’t monkeying around, because they’re developing an incredibly advanced robot primate that they call the RoboSimian.

Science has always turned to nature for inspiration and RoboSimian is no exception. The researchers and scientists at NASA’s Jet Propulsion Laboratory, the same lab that’s handling the Mars exploration mission, were inspired by the movements and posture of primates for RoboSimian. The monkey robot moves like a monkey and it is designed for search and rescue type missions.

There are tons of great nature documentaries out there where you can see chimps, orangutans, spider monkeys, and all sorts of other primates make a super fast getaway through the thick forest and that was the core idea for RoboSimian. This would allow the RoboSimian to make its way through disaster areas quickly and efficiently. What’s interesting is that the headless RoboSimian doesn’t really have a “front” or a “back” either, so it can move in any virtually any direction at any time.