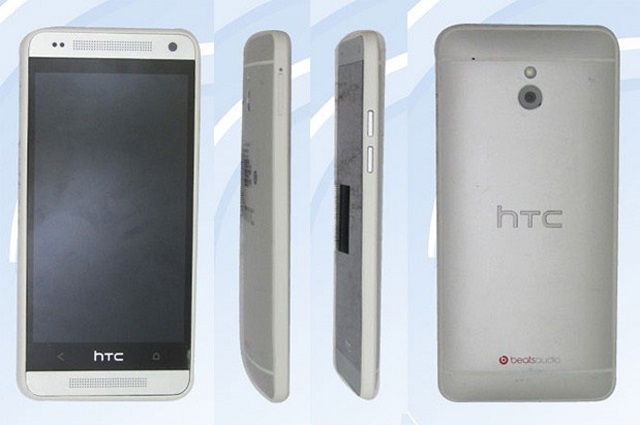 While HTC is yet to formally announce their One Max, which will probably go against the Galaxy Note 3, and the One Mini, the latter has been spotted in China’s TENAA database.

The metallic One Mini has received certification in China, under the model name “601e”. It’s a single-SIM handset (unlike the Chinese dual-SIM HTC One) with WCDMA. Looking at this filing and remembering HTC’s teaser about something small but packing a big punch, the One Mini should be available around the world sometime in the near future.

The upcoming device should be available with a 4.3″ display with a resolution of 1280 x 720, 1 GB of RAM, 16GB of storage, a 1.4 GHz dual-core Snapdragon 400 processor, 4MP UltraPixel camera, and Android 4.2.2 Jelly Bean with Sense. The device is also said to have no IR blaster and probably no SD card slot as well. The handset’s LED flash seems to have been relocated to above the camera, when compared to the One.

So what do you think of the HTC One Mini based on what we currently know? Share your thoughts in the comments below.