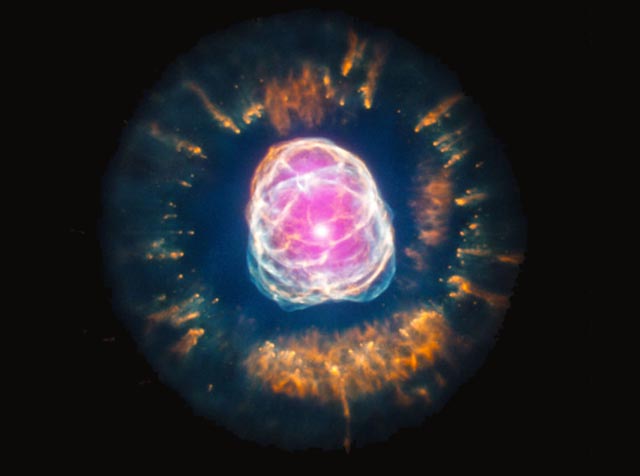 Space: the final frontier. These are the voyages of the Starship Enterprise.

While our friends in the Star Trek universe venture out to explore strange new worlds and to seek out new life, back here in the real world, we’re still trying to figure out what’s going to happen closer to home. And NASA has come a little bit closer to understanding and observing the death of our very own sun.

What you actually see here is the NGC 2392 planetary nebula, more commonly referred to simply as the Eskimo nebula. It depicts what is happening to the nebula as it goes through the final stages of its life and what makes it interesting is that NGC 2392 is actually very similar to our own sun. In effect, we are getting a sneak preview of what’s going to happen to our sun when it runs out of fuel and dies.

Fear not, though, because the only star in our solar system likely still has billions of years left in her, so we’re probably not going to be around to witness her eventual demise. That said, with this image that is really a composite of data from the Hubble Space Telescope and x-ray data from the NASA Chandra Observatory, we can almost peer in the future.