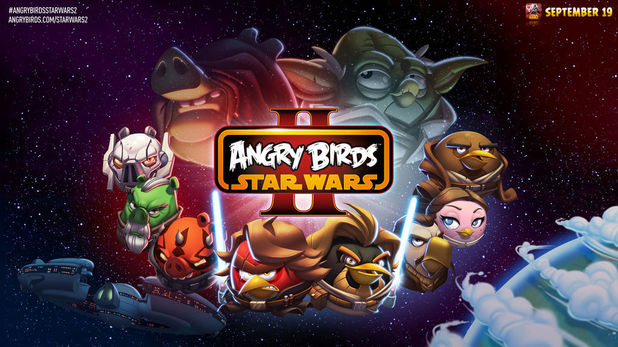 You aren’t sick of Angry Birds just yet are you? No, we didn’t think so! In an ever-continuing crusade to milk the cash cow that is both Star Wars and Angry Birds, Rovio has now announced Angry Birds Star Wars II.

Like the original, it basically takes the familiar (and extremely addictive) Angry Birds gameplay and gives it a healthy dose of Star Wars-themed changes and twists. So what can we expect from this latest chapter? Obviously you can expect a ton of fun, at least if you’re a fan of the Angry Birds series, but beyond that there will also be plenty of ‘new’ characters such as Anakin Skywalker, Darth Maul and Mace Windu.

Even more curious, you can apparently even unlock the ability to join the “pork side”.

Not enough change for you? There’s also a collectible side of things, where you can buy figurines that can be scanned (or ‘teleported’ if you will) into the game, unlocking special characters and abilities. If this sounds familiar, that’s because it has been done before with games like Skylanders.

So when is the game coming? Angry Star Wars 2 will be available on September 19th, and while we don’t know exactly which platforms will get it from day one, it is worth nothing that the original AB Star Wars arrived on iOS, Android, Mac and Windows 8 all on the same day.

So what do you think, excited or have you had enough of Angry Birds already?