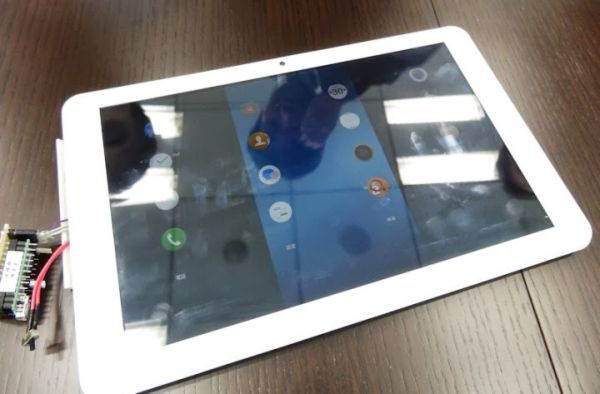 Tizen hasn’t exactly been making the news much recently, especially after Samsung delayed launching its first Tizen handset and rumors start cropping up suggesting that Tizen was basically DOA. That hasn’t stopped a new Tizen tablet prototype from showing up, though.

This Tizen-powered 10-incher comes from a Japanese company called Systena – and you’re forgiven if you’ve never heard of them, because neither have I.

So what kind of specs does the prototype bring to hte table? The tablet has a 1920 x 1200 resolution on a 10-inch display, a 1.4GHz ARM Cortex-A9 quad-core processor, 2GB RAM, 32GB storage, microSD, Wi-Fi, 2MP rear cam and a .3 front-cam.The prototype is running on Tizen 2.0, which doesn’t look much different from what we’ve seen on earlier phone prototypes.

While it is interesting to see such prototypes still cropping up, it doesn’t exactly mean much for Tizen’s future, especially when it comes from an unknown company as opposed to a bigger name like Intel or Samsung.

The good news is that even Sammy has given us reason to think that Tizen isn’t done attempting to enter the market just yet. While Samsung might have delayed launching its first Tizen devices (due to a lack of apps), they have now started an new App Challenge and have even put up a $4 million prize fund for the event. Seems like Samsung probably wouldn’t put up such a large fund if they were planning on immediately ditching Tizen.

What do you think of Tizen, does it have the potential to truly challenge iOS and Android, or will it never fully get off the ground?