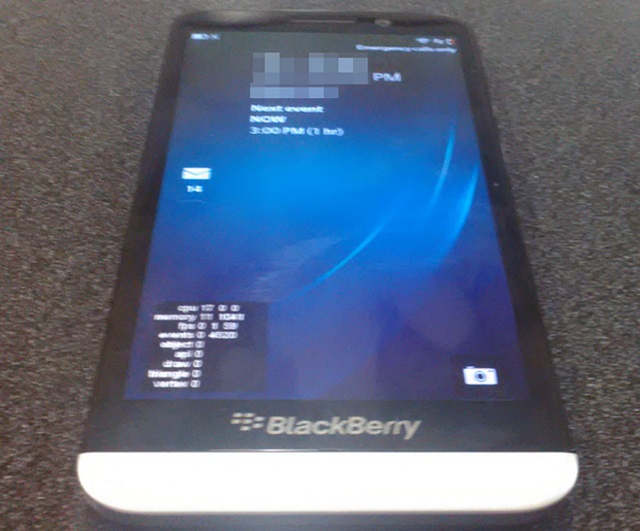 BlackBerry should be certainly planning for a comeback on the smartphone market, but we are doubtful whether they will be able to do that with the device that you see in the leaked image above.

It’s said to be the BlackBerry A10, known internally as Aristo, and it will reportedly be the fourth handset running BlackBerry 10. The device appears to be running version 10.2 of the OS and it has a 5-inch display, similar to the Galaxy S4. In comparison, the BlackBerry Z10 features a 4.2 inch screen.

The display is reportedly Super AMOLED but with a not-so-super resolution of 1280 x 720 (no 1080p here folks). Other specs include a dual-core processor and 2GB of RAM. It is expected to have an 8MP cam.

It’s a bit hard to say too much about the device by looking at the blurry picture, though it seems to be a little curvier that the Z10. The handset apparently looks similar to the Galaxy S4. What do you think about the mid range BlackBerry A10? Leave your thoughts in the comments below.