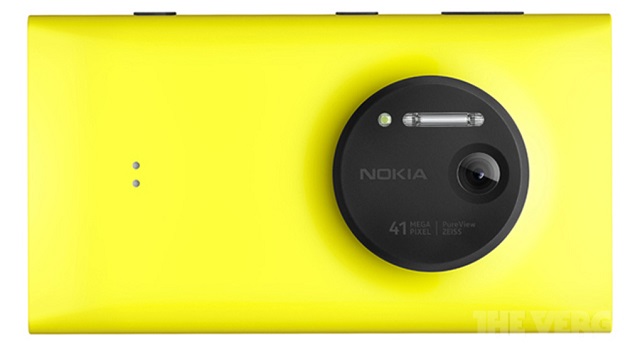 Today was supposed to be Nokia’s big day – the day they announced the Lumia 1020. While the company will no doubt still announce the 1020, at least part of the magic is now gone. Why’s that? Because just about every source on the net seems to have went ahead with last minute leaks for the 1020, including AT&T.

One of the leaks comes to us from Gizmodo, giving us a better look at the Lumia 1020’s specs.

The device is said to be equipped with a 1.5Ghz dual-core Snapdragon chipset, a 4.5-inch 1280 x 768 display, 2GB RAM, 32GB of internal storage, and a 2000 mAh battery. It will also feature an impressive 41-Megapixel PureView sensor with optical image stabilisation. And then there is a camera grip accessory that even comes with its own internal battery.

The leak also suggests that the device will be bulky with a thickness of 10.4mm and weighing in at 158g. We can’t say for sure whether all these specs belong to the Lumia 1020, but of course we will only have to wait for a few more hours to get the confirmed features.

Meanwhile, another leak (this one brought to us by Ubergizmo) suggests that the Lumia 1020 will also have a 64GB version. Unfortunately, that model will apparently be an exclusive for Telefonica, which owns O2, Movistar, and Vivo, in the European and Latin American markets.

Then there’s AT&T, which released not one but THREE videos online today, showing off the Lumia 1020. One of these vids can be seen directly below:

So, excited for the arrival of the Nokia Lumia 1020 yet? Let us know what you think in the comments below.