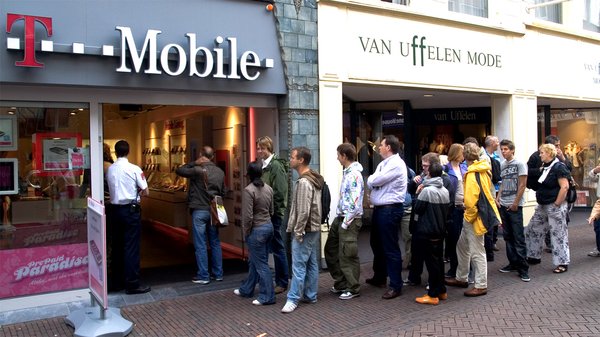 Given that the standard cell phone contract in the United States is two years, the average consumer there also finds themselves upgrading their cell phones every two years. What if you’d rather upgrade to a new device every six months? The new Jump program from T-Mobile is designed for exactly that.

T-Mobile already dropped conventional contracts with its “uncarrier” movement earlier this year, but with Jump, people can upgrade to a new devices and pay a lower price. The way it works is that you put yourself on the hook for an extra $10 a month. When you hit the six month mark, you make yourself eligible for an upgrade and then the remaining cost of the device is credited. The catch is you don’t get to keep your old phone; you have to trade it in. As long as it’s still in reasonable shape, you’re good to go. Otherwise, you have to pay a deductible.

It took a little digging around to find that out, but it really does sound too good to be true. You’re effectively paying $120 a year and you get to have a new phone to use every six months. The other catch is that you still have to pay whatever the new financed price for the new phone would be.

So, if you wanted a new iPhone 5 today, that would be $145.99. And you’d still be on the hook for the monthly installment ($21). The advantage is that when you do trade in your old phone, the remaining installments (18 months’ worth) are forgiven. The disadvantage is that you lose your old phone, presumably so T-Mobile can resell as it as a refurb. As an added bonus, that $10/month also includes device insurance against malfunction, damage, loss or theft.

What do you think? Is T-Mobile’s Jump something that you’d want to do?