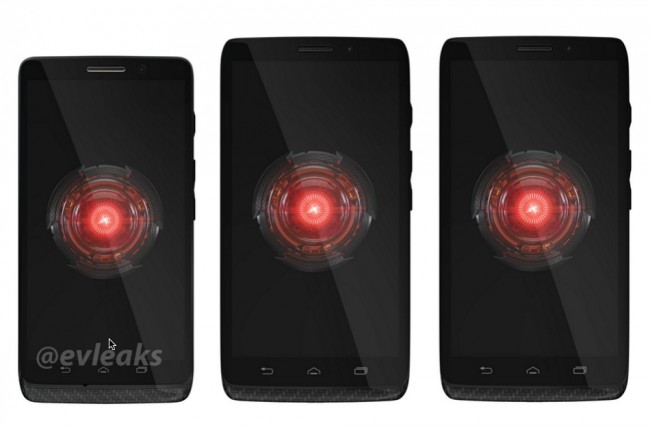 The next generation of Motorola Droid devices are incoming! We’ve already talked a bit about the Ultra and Droid Maxx. Apparently there is also a Droid Mini (sort of like the HTC One Mini and GS4 mini). Anyhow, while we’ve known about these bad-boys for a while, now we finally get a real look at them in a new leaked image courtesy of @evleaks.

While not bad looking handsets, they certainly don’t stand out as part of the new Google-guided Motorola line-up. As for the specs, we really don’t know for sure just yet. Based on looks alone, what do you think?