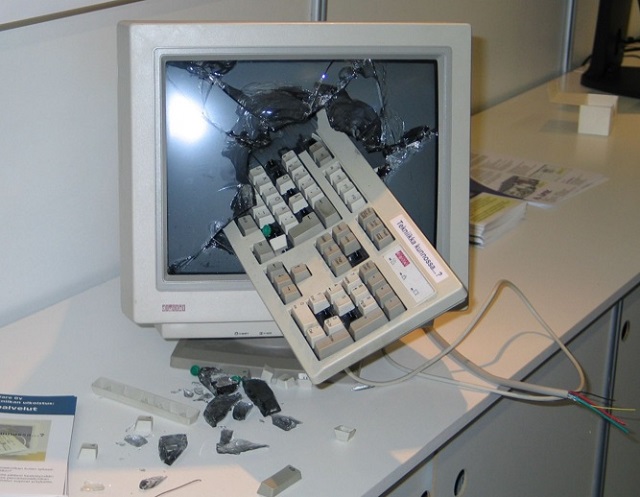 Malware sucks. It can affect PC performance, it can give attackers full access to the machine, or even end up deleting important files. One US Agency called the Economic Development Administration, which comes under the Department of Commerce, seems to have found a new way to take care of computer viruses: beating the hell out of the computers.

It was in 2011 that the Department of Homeland Security revealed to the EDA and the National Oceanic and Atmospheric Administration about the possibility of viruses on their systems. While the NOAA solved the issue normally, the EDA appears to have taken things far more seriously.

The agency first disconnected itself from the internet. There were six computers which were found to be infected by malware, but when the hired high-priced external contractor couldn’t give a full guarantee that there was no virus present on the PCs after cleaning them up, the agency decided to take bizarre actions. They destroyed $170,500 worth of PCs, monitors, printers, cameras, and even keyboards and mice. They would have destroyed more stuff if only they had more money to do the job.

Altogether, $2.7 million of taxpayers’ money was used by the agency due to poor knowledge about technology. The agency’s actions were revealed by an audit report of the Department of Commerce released last month.

Moral of the story? If you don’t fully understand what you are doing… ask for help, or you too could end up wasting a colossal amount of money over nothing.