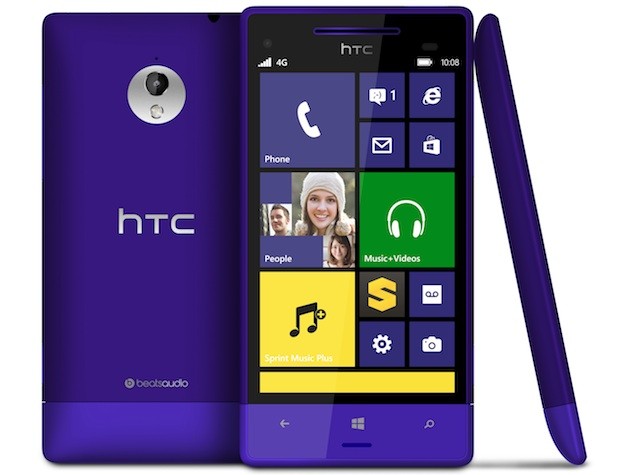 If you’re a Sprint customer that also happens to be a Microsoft fan, you’ve probably watched and waited somewhat impatiently for Microsoft and Sprint to bring you a device that runs on Windows Phone 8. The day is nearly here!

On July 19th, the HTC 8XT will arrive to Sprint, bringing with it a modest but capable 1.4GHz Qualcomm Snapdragon 400 CPU. Other specs include 1GB RAM, 8GB storage, microSD, Wi-Fi, GPS, Bluetooth and a 1,800 mAh battery. In the camera department you’ll find an 8MP rear cam with LED and a 1.6MB front cam.

HTC is also really pushing audio with the HTC 8XT. The phone will not only feature Beats Audio technology, but it also has front-facing dual stereo speakers with dedicated amps.

So how much will this bad boy set you back? Just $99.99 with a two-year contract. There is also a $50 mail-in rebate available.

Not sold on the idea of the 8XT, but still wishing for a Sprint WP8 handset? Sometime later this summer you’ll also have the opportunity to get your hands on the Samsung Ativ S Neo for $149.99 with contract. The Sammy handset features a 4.8-inch display, a 1.4GHz processor, 1GB RAM, microSD and 2,000 mAh removable battery.

Now if only a Nokia offering would come to Sprint, then you’d have just about every major WP8 brand covered on Sprint’s network.