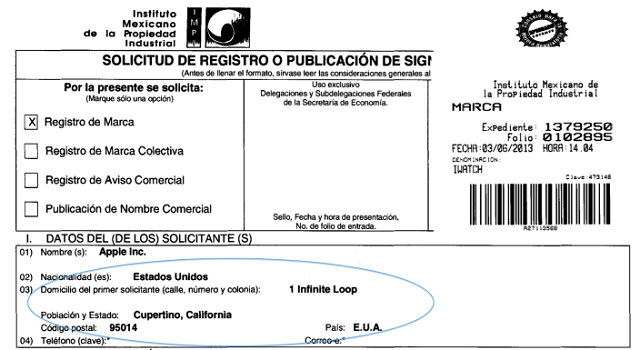 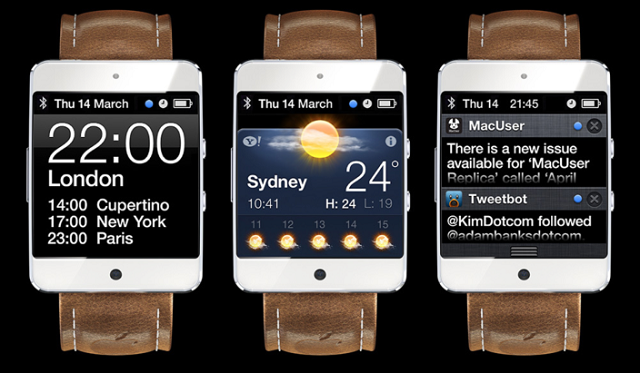 While people are having fun with the Google Glass, Apple is busy readying their own wearable tech, the iWatch. So far we haven’t got any hints regarding when the device might arrive, but recent activities by Apple seem to suggest that the company could be planning to launch the watch sometime in the near future.

Apple has filed a trademark for the name “iWatch” in Russia, Japan, Taiwan, Turkey and Mexico. The Mexico-based filing before the country’s “Institute of Industrial Property” is dated June 3rd and comes under two categories related to the hardware and software of mobile devices.

Apple Inc. is the company which has requested the trademark and Apple’s 1 Infinite Loop address in Cupertino, California is there as you can see below. Maria Teresa Eljure Tellez is apparently the person who has submitted the request for Apple. She is the Head of the Trademark department at Mexico-based law firm Arochi, Marroquín, & Linder, S.C. The firm has also been spotted in other Mexican-based Apple trademarks.

The iWatch is expected to arrive with biometric technology, and features such as mapping, messaging and various apps. The device should be able to connect with iOS devices, too.

What else do we know about the rumored iWatch? It may arrive with a ‘smart bezel‘, and could launch either at this year’s end, or in early 2014. These trademark requests could be suggesting that the device is coming sometime soon, maybe along with the next-gen iPhone and iPad.

What do you think, are you interested in the idea of an Apple iWatch?