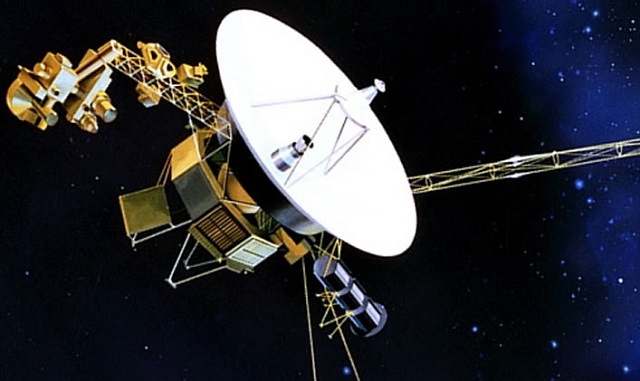 Back in March, we reported on claims that the Voyager 1 spacecraft might or might not finally have left our solar system. At the time, NASA didn’t agree with claims that we had finally escaped our solar system, stating that an indicator of the probe reaching interstellar space would be a change in direction of the magnetic field – something that hadn’t happened.

Fast-forwarding to today, NASA research continues to suggest that the Voyager 1 has yet to leave home after all, and instead finds itself on the “back-porch” of our solar system.

The Voyager 1 is in the middle of an uncharted frontier, a place where low-energy charged particles have suddenly zipped outside, while high-energy cosmic rays from interstellar space have streamed inward. Think of this as the final ‘shield’ between us and the rest of space.

So how long before the Voyager 1 breaks out of this strange barrier between our solar system and the wide space beyond? That’s hard to say. “It could actually be anytime or it could be several more years,” says Ed Stone of NASA’s Jet Propulsion Laboratory.

What’s next for Voyager 1

Voyager 1 is currently 11 1/2 billion miles from the sun – it’s had quite a long trip since it was first launched in 1977. During that time it has visited both Jupiter and Saturn. It has also given us a lot of info and pictures of their moons.

Right now, the immediate goal for the aging spacecraft is to make its way out of our solar system. From there? Voyager 1 is currently heading towards a star known to us as AC +793888. Unfortunately it will never actually reach it, as the spacecraft only has enough fuel to operate until around 2020, which should put it roughly two light-years away from the star.

What’s really interesting is that Voyager 2 has also began its goal of exiting our solar system from a different direction and has yet to run into the same strange phenomenon that Voyager 1 has experienced. Ed Stone suggests that the reason for this might simply be that the Voyager 1 could be in a unique place where the heliosphere and interstellar space interconnect.