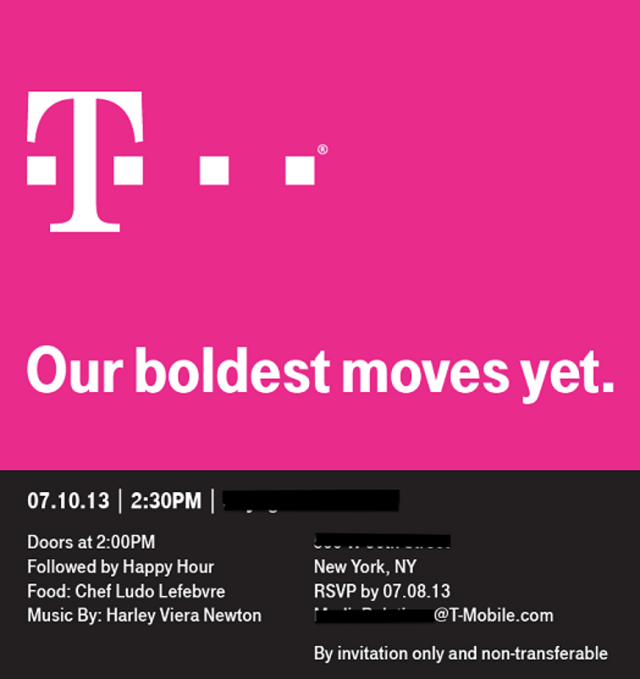 We have no official information about what’s going to be unveiled at LG’s press event scheduled for August 7th, although we at least have a pretty good idea. As for T-Mobile’s newly announced event, we really can’t say for sure. As you can see above, the carrier has plans for their “boldest moves yet” on July 10th in New York City. So, what all things can we expect?

The Sony Xperia Z and the Nokia Lumia 925 are safe bets, especially after looking at the plural teaser. We have also seen a leak recently which suggests that the two devices will be launched on the carrier on July 17th. And another rumor about the Lumia 925 fits in nicely with all these.

Of course, introduction of new high end smartphones may not be bold moves such as the ones they made earlier this year: their UNcarrier approach, launching of LTE and addition of iPhone 5. In the New York event, maybe we will witness announcements regarding phase 2 of UNcarrier and LTE.

Some folks are even talking about a new Blackberry Bold handset.

And just in case you haven’t heard, there is a Nokia event on July 11th. We are expecting the Nokia EOS aka Nokia Lumia 1020 to be unveiled there. So the second week of July is certainly going to be big.