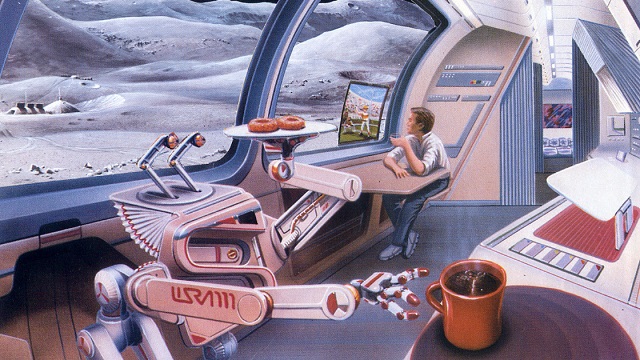 It’s been 15 years since PayPal was founded and the company says that they currently have 128 million active accounts in more than 190 markets around the world. But that doesn’t seem to be enough for them as they are now planning to boldly go where no e-commerce business has gone before. The company’s new PayPal Galactic project created in collaboration with the SETI Institute aims to “make universal space payments a reality“.

PayPal President David Marcus says, “Space tourism is opening up to all of us in the next decade or so, and we want to make sure that PayPal is the preferred way to pay from space and in space”.

And the first hotel in the Earth’s orbit is expected to open sometime in the next few years.

So PayPal just wants to make sure that there is a good payment system in outer space for astronauts and space tourists whether it is for paying bills back home or buying a cheese burger in the space restaurant. And those who will be part of future space missions such as a journey to Mars might want to buy stuff like music and e-books to avoid getting bored during the long trips.

According to SETI astronomer Jill Tarter, “PayPal envisions exploring possibilities in space the way that we do, breaking boundaries to make real progress. When the SETI Institute succeeds in its exploration of the universe, and as we find our place among the stars, PayPal will be there to facilitate commerce, so people can get what they need, and want, to live outside of our planet“.

PayPal Galactic project wants to answer questions such as:

The project also aims to support SETI and its research via crowdfunding.