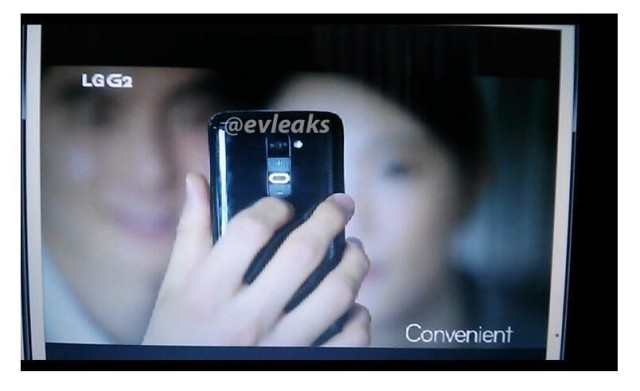 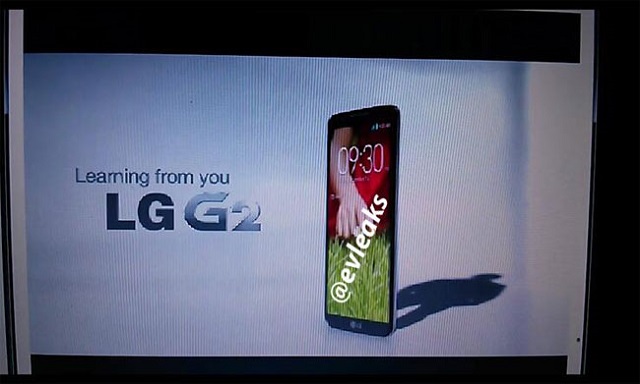 The LG Optimus G2 is most probably the device that’s going to be unveiled at LG’s August 7th event in New York City. As that day approaches, we are expecting many leaks related to the device, such as the one we are presenting to you today.

All thanks to @evleaks on Twitter, we are getting a better look at what is supposed to be the G2, via some leaked images. The images appear to have been taken from a promo video.

As you can see above the device seems to be having a buttonless front which we have seen before. The handset is also very slim. Probably one of the strangest design elements is the placement of the volume buttons, which are on the back – right below the camera.

The leak also suggests that LG might have dropped the Optimus name, simply calling the flagship phone by the name LG G2. Keep in mind that there’s no way to confirm whether or not the device shown in the images is really the G2, so take all of this with a grain of salt.