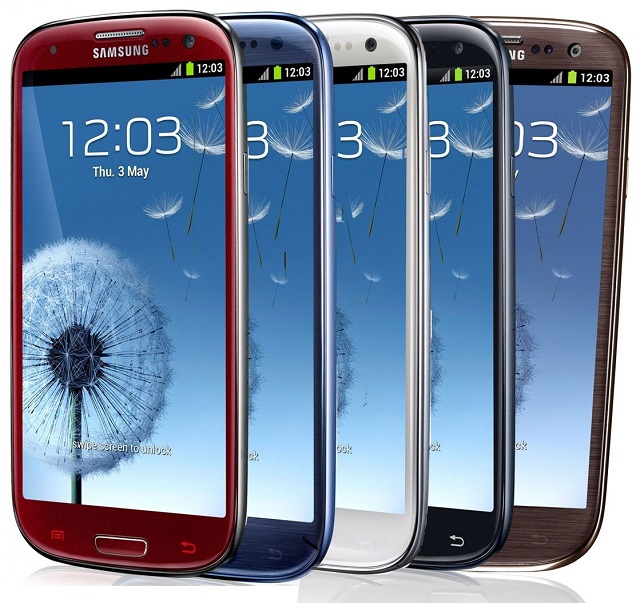 Samsung’s Galaxy S4 is already here, and you know what that means? Now is the perfect time to grab the Samsung Galaxy S3!

Okay, so the Galaxy S3 is no longer the “top dog” in Samsung’s line-up, but that doesn’t make it garbage either. With a dual-core Snapdragon S4 Plus processor, 2GB of RAM and 16GB storage – the S3 still has a lot going for it and is similar hardware-wise to many brand new low-to-mid range handsets that exist today.

Right now is also the perfect time to get an S3 because Android 4.2.2 is just around the corner, with all evidence pointing to a July or August rollout. This is important because when the update arrives S3 users will also get several of the cool features from the S4 such as the new S-Voice, the S4 lockscreen, multiple new S4 widgets, professional photo screen modes and more.

In short, you get an S4-like experience, but you don’t have to pay a S4 price to get it. As carriers are looking to clear out inventory and make way for the new, there are tons of penny offers from just about every major U.S. carrier. Of course locking yourself into a two year contract on a phone that is already showing a bit of age might not be right for everyone.

How do you know if you should snag the S3, or instead save up some money for a “higher-end” handset like the S4, iPhone, HTC One or the Sony Xperia Z?

The Galaxy S3 is perfect for consumers that:

If this sounds like you, there is little reason to spend money on a brand new flagship device. Getting an older flagship can be the perfect way to have a trendy well-known handset while not paying more than you have to.

Is penny pricing the only reason to consider a Galaxy S3 at this point? Not at all.

If you are looking for a solid no-contract phone, the S3 could also fit the bill. Right now you can get the phone off-contract for as little at $500. Not everyone wants to deal with being locked into a carrier contract, and so picking up a phone outright can be a good way to escape carrier restrictions. Additionally the S3 is going to be several hundred dollars cheaper than an off-contract Galaxy S4.

An off-contract Galaxy S3 might not be as cheap as devices like the Nexus 4, but remember that with the Galaxy you get a removable battery, microSD expansion and some of the special software that doesn’t come with pure Android (though that could be a good or bad thing, depending on your preferences).

For those interested in purchasing the GS3, check out the following links, where you will find the phone as low as $500 off-contract, or just a penny for those willing to commit:

Honestly, the Samsung Galaxy S4 is going to provide a better overall experience, but when it comes to everyday basic use – many users will find that they don’t need the latest and greatest to truly enjoy an excellent Android experience.