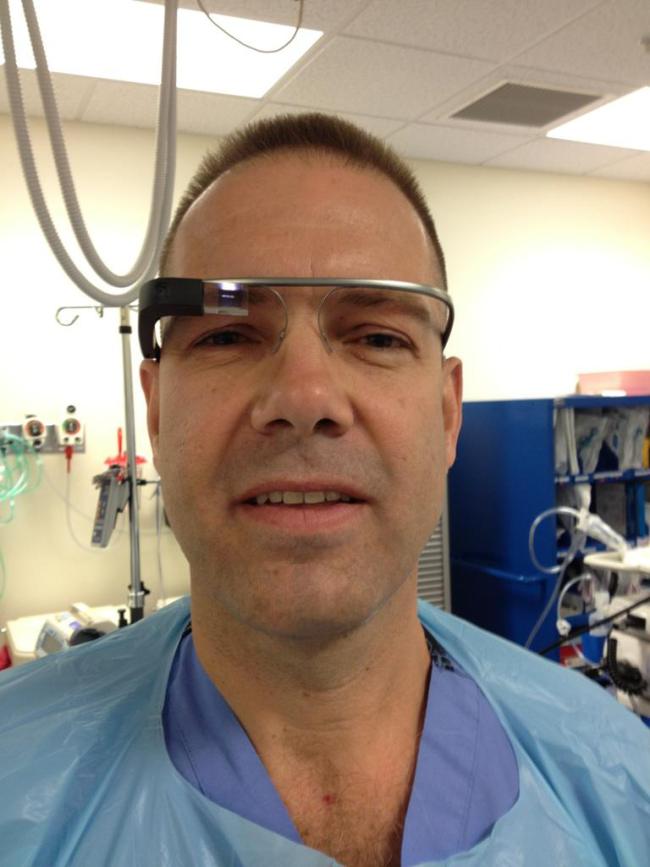 We have already been given a lot of chances to see how the world looks through the Google Glass. And now, Dr. Rafael Grossmann of the Eastern Maine Medical Center has shown how the high tech wearable computer could be very useful in healthcare by performing a Google Glass-equipped surgery.

Grossmann says, “By performing and documenting this event, I wanted to show that this device and its platform, are certainly intuitive tools that have a great potential in Healthcare, and specifically for surgery, could allow better intra-operative consultations, surgical mentoring and potentiate remote medical education, in a very simple way“.

Grossmann did a gastrostomy, which is placing a feeding tube endoscopically, while live-streaming through his Glass and the images were displayed on an iPad as you will see in the video below. He had set up a Hangout, and the use of the Glass was with the patient’s complete consent. Grossmann made sure that he wasn’t recording or sending any identifying info of the patient.

Grossmann writes in his blog, “I was able to show not just the patient’s abdomen, but also the endoscopic view, in a very clever, simple and inexpensive way. I think that there should be ways to directly stream the endoscopic view thru Google Glass (My friend @Julianmb, also a Google Explorer, and his team of experts from @Droiders are working on that!) but this was a “Poor’s Man’s” set up,”.

We are certainly seeing more and more applications for the Glass, and its possibilities are endless. While this first surgery is a simple procedure, maybe in the very near future you might see more complicated ones.

What do you think of Google Glass, does it have the potential to become a trend as big as the iPhone, or is it doomed to be nothing more than a niche device?