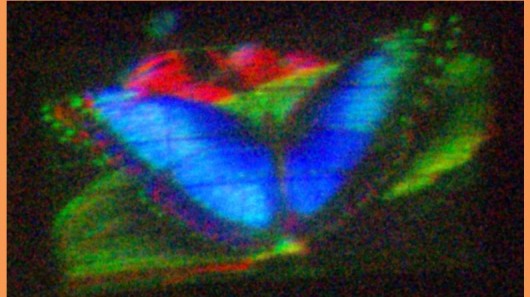 “Help us, Obi-wan Kenobi. You’re our only hope.”

For many of us, our first experience with a holographic image was through that iconic quote in the Star Wars movie. It seemed like such fantastical technology at the time, but researchers at the Media Lab at MIT have apparently developed some technology that allows for color 3D holographic video displays and it can do this on the cheap. The new holographic projector can also be used for higher-resolution 2D displays with lower power consumption needs.

First, a little bit of background. The hologram was invented in the late 1940s by Dennis Gabor, but it wasn’t until the laser was invented in 1960 that it became more of a real application. While recording a hologram still involves exposing a light-sensitive sensor (like photo film or a CCD) to a coherent beam of light, it’s not really recording an image of the scene. Instead, it’s recording the interference between the image and the original light.

Playing back the hologram means that they reproduce the interference pattern and run a coherent beam of light on the pattern in the same direction as the reference beam. A 3D image is reproduced when the reconstruction beam is diffracted from the interference pattern. Or, for those of us who aren’t exactly scientifically inclined, that magical hologram of Princess Leia appears.

The Gizmag post in the source link below goes at length about the science of MIT’s new design, talking about spatial light modulators, lithium niobate, and other technical things. As it stands, the MIT group was able to demonstrate a 3D holographic display with a 400 x 400 x 138 pixel resolution at 5fps. They’re working on a more powerful prototype with a bandwidth of 125 Gigapixels/sec, generating an image of a cube with 1500 pixels on a side. 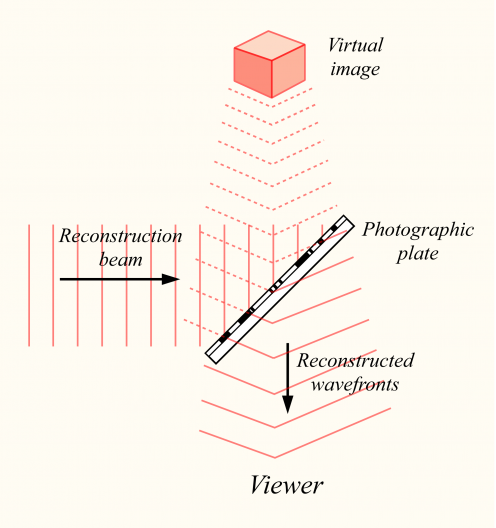