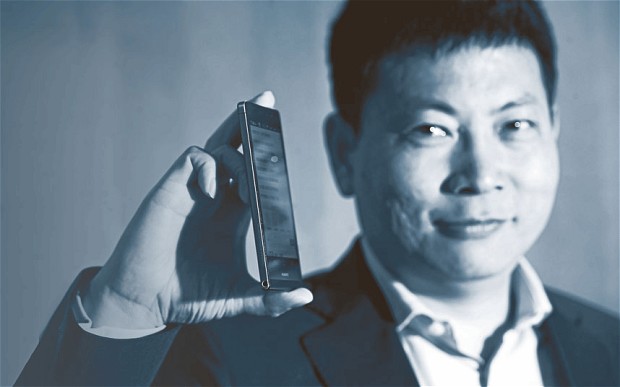 At least his ambitions are realistic. With Samsung and Apple clearly taking the first two spots in smartphone market share, Huawei CEO Richard Yu says his company can take bronze in just a couple more years. This is coming from a cell phone company that nobody even knew up until not that long ago.

To be fair, based on the IDC report in April, Huawei doesn’t have to do much to take the third spot, currently occupied by LG. You see, LG has 4.8 percent of market, but Huawei already has 4.6 percent. So, striving for third isn’t that out of reach. Perhaps the real story, then, is how Yu decided to frame it.

In a recent interview, Yu went on to slam the top two. Whereas he says Huawei wants “to provide the best, most beautiful, slimmest smartphone,” he says the Galaxy S4 is “much thicker” and is “just a so-so smartphone.” The super skinny Huawei Ascend P6 is not “made of plastic” like its Korean competitor. He also recognizes that a big part of Samsung’s success has come from heavy marketing and Huawei doesn’t have the budget to do that, so they “have to make our products better.”

And on Cupertino? He says Huawei shouldn’t try to learn from Apple. “We won’t catch up, because they are now slipping. We want to go higher than them.” Yu even bites the hand that feeds him, but ever so gently: “We have a good relationship with Google. We want Android to be more user friendly, so we have made a lot of enhancements. Google is good for an engineer but it’s not good for the consumer. It’s a little bit too complicated.”

It was only a few years ago that we thought Nokia and BlackBerry (then RIM) were unstoppable. Will Huawei be able to achieve the same kind of meteoric rise as a Samsung in the next 3-5 years?