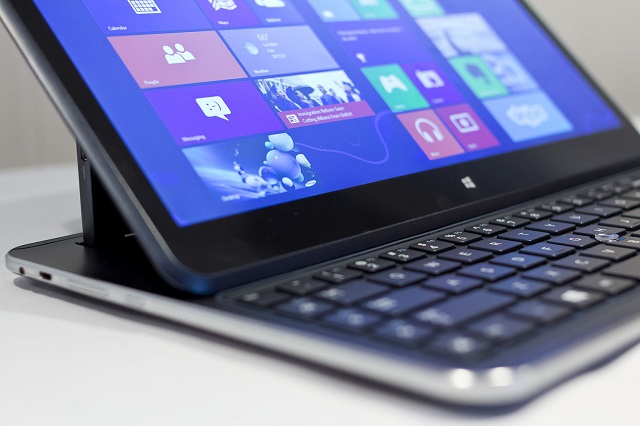 Having difficulty in choosing between tablet operating systems? Maybe the newly announced Samsung ATIV Q is the slate for you. The new device is coming with both Android and true Windows 8 (not RT), and we are not talking about dual booting.

Samsung says that their ATIV Q is “addressing consumers’ desire to access Android apps on a Windows-based PC, the ATIV Q allows users to experience both Windows 8 and Android (Jelly Bean 4.2.2) on the same device. Users will not only get access to Android apps via Google Play but also be able to transfer files, to share folders and files from Windows 8 to Android, truly marrying the mobile and PC experiences.”

As you will see in the video below, there’s also an S-Pen and it has two extra modes other than the laptop and tablet modes, the company is saying. It will also allow you to “float and adjust the display to a comfortable viewing angle or flip the display to place in the stand mode to watch movies with ease”. Most users probably won’t be using the last two modes that often.

Check out the hands-on video, courtesy of Pocketnow, to see the device in action.