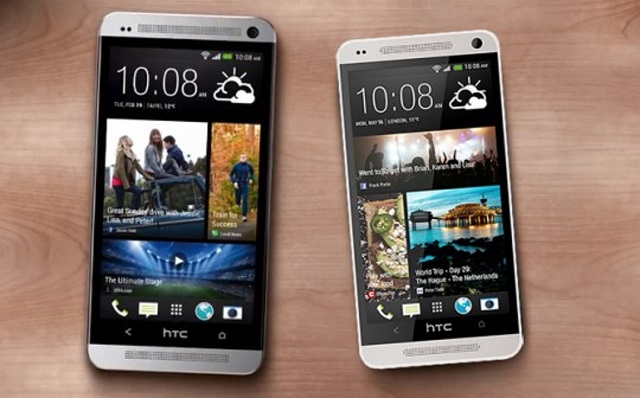 HTC just brought out their Butterfly S smartphone, an updated version of the original 1080p Butterfly handset. But everyone seems to be eager to know more about the upcoming HTC One Mini and One Max (codenamed T6). And AT&T is reportedly having plans to launch both the devices.

The HTC One Mini is believed to have the same looks as the flagship One, but with a smaller display size. Rumors suggest a 720P screen and a 1.4GHZ dual-core processor. And it will probably be missing the IR blaster available with the One. The device is expected to come out in August, but no hints whether it will be available on AT&T’s 4G LTE network at the same time. The carrier will certainly be hoping to be the first to offer it.

As for the One Max, the phablet version of the One is expected to sport a Snapdragon 800 2.3GHz quad-core CPU, a 5.9″ 1080p display, 2GB of RAM, 16GB of internal storage and an UltraPixel back-facing camera. The device is also said to be one of the first which will run the next version of Android. HTC will most probably introduce the device later this summer.

Are you excited about these devices heading to AT&T? Or do you prefer another carrier?