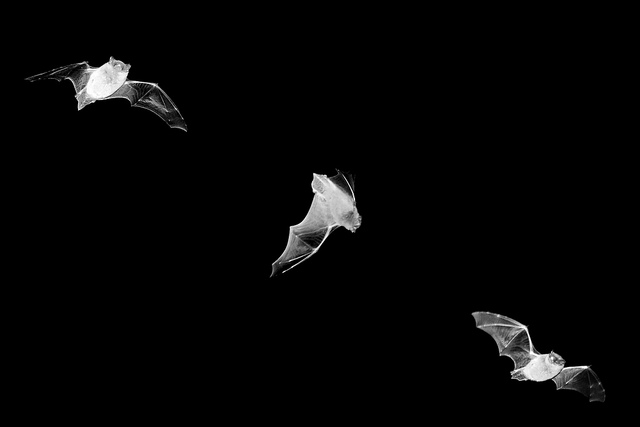 I’m sure everyone reading this has had one of those moments where they were stumbling through a dark room, in their own home or otherwise. As you stubbed your toe and constantly found yourself almost running into random things, you probably imagined what it would be like if you could simply see in the dark.

For many of us, the problem is somewhat eliminated thanks to our trusty smartphones, where the screens or even the flash from a camera can be used to see our way through the darkness.

What if instead you could have an entire map of your surroundings, including where you are currently standing? That’s exactly what Ivan Dokmanic and his team at Ecole Polytechnique Fédérale de Lausanne are working on.

“It could help people see in the dark. If there’s a power outage and you’re in a building it would definitely help, kind of like having advanced sonar.”

The primary goal with this special tech is to help folks navigate through the dark, but that’s far from the only use case scenario. Dokmanic says the technology could also be used to help people with impaired sight and might even be used to estimate the acoustic channel of a room to improve the quality of music, etc.

Right now the technology uses special computer equipment, but the long-term goal is to miniaturize the process and turn it into a single app that could work on devices like the iPhone and Android smartphones.

How does the tech work?

Basically the tech works by calibrating the echoes of sound waves that bounce back from walls. This then determines the shape of a room. It also determines other people and objects that might be in the way.T

he source sound can be something like snapping your finger, and then the app and technology would do the rest of the work. In a way, this is somewhat like how a bat’s screech and echo system works.

So what’s standing in the way of a “bat sight” app?

The technology is currently working, so what’s standing in the way of an actual working app for mobile devices? Currently the team has to use four microphones dispersed around the room to gather the data needed for their special algorithm.

To bring the tech into a smartphone app, the team will need to optimize the technology to work with current smartphone hardware – and the single mic found in most phones.

In the meantime, the team is looking into a temporary solution – an app that would have pre-loaded maps for locations like train stations and your office space. This would give the app a basic idea of the room you are currently in – and then the 1 microphone on your smartphone would be able to somewhat do the rest.

“Say you know roughly what the building looks like and you have the blueprints downloaded on your phone, you could actually navigate through the building even with just a single microphone.”

While the technology clearly has a way to go before it is a commonplace feature on the iPhone and other smart devices, we have to admit this is a pretty cool idea. What do you think of Dokmanic’s plans to help us see in the dark? Share your thoughts below.