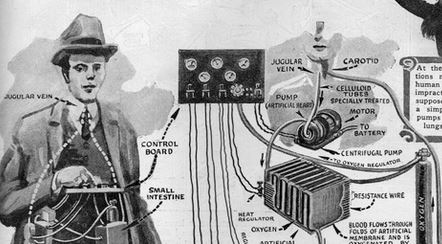 If you believed some of the optimists 50 years ago, we probably should be commuting around town in our flying cars like the Jetsons by now. Alas, while we do have planes, our daily commutes are still restricted to the ground. That’s not to say that science and technology haven’t advanced in great leaps and bounds in the last century.

Indeed, this image was unearthed from the November 1924 issue of Science and Technology magazine and it depicts how they foresaw the coming of the “Artificial Man.” You might call him a cyborg, but many of the things depicted have almost become commonplace today. They represent advances in medical technology that extend our lifespans and allow people with disabilities to be better abled.

You have to remember that, in the 1920s, people didn’t get “augmented” with much more than a pair of glasses and maybe some false teeth. In this infographic, though, we see artificial arms and legs. They may not have foreseen the “blade runner” tech for people like Oscar Pistorius, but they figured we’d be replacing limbs. Today, we also have artificial hearts and lungs and all sorts of other things. As they foresaw, we are working toward “removing the fangs of death by substituting organs of the body which have succumbed to the effects of time and the ravages of disease.”

Yes, we still have a long way to go — the artificial eye hasn’t yet lived up to our sci-fi fantasies — but it is reassuring that the medical science community has made such progress. It’ll be amazing how we’ll look in the year 2120. 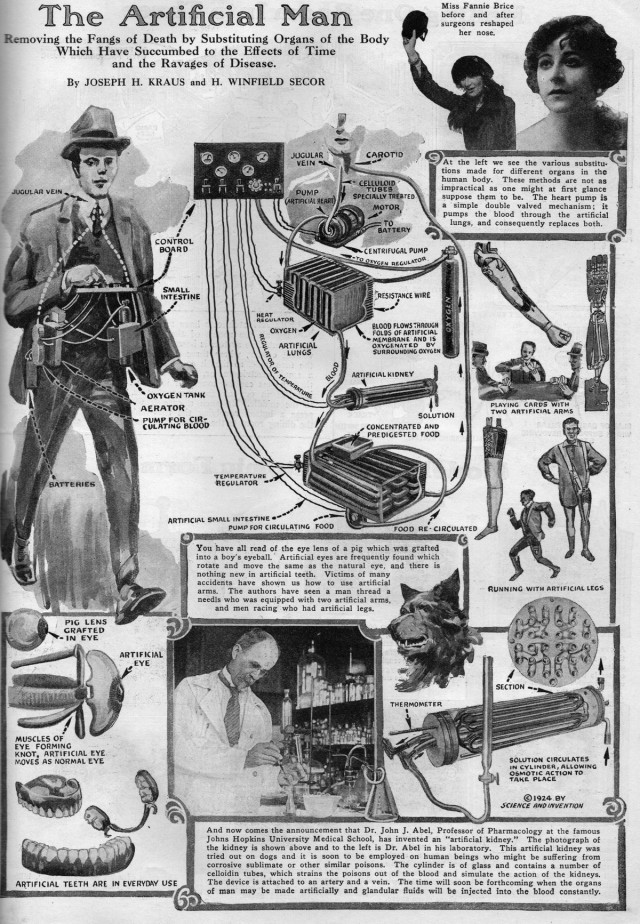