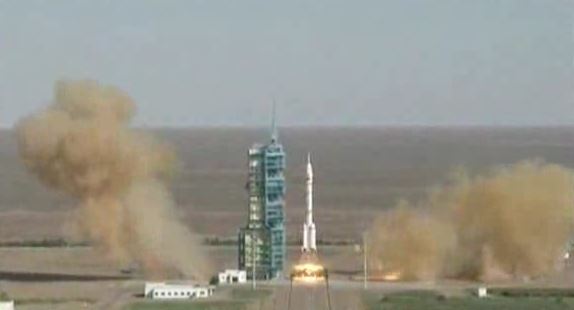 Many people are quick to say that things “made in China” are of inferior quality or they’re cheap knockoffs, but that’s not always the case. Indeed, China is rapidly expanding its efforts beyond our Earthly atmosphere as the country launched its most recent manned spacecraft on Tuesday.

The 15-day mission isn’t exactly to go boldly where no man has gone before. Instead, they’re going to practice docking with China’s existing orbiting laboratory, the Tiangong 1 that launched in September 2011. They hope to have a full space station in orbit by the year 2020.

The three astronaunts on this mission include Wang Yaping, China’s second female astronaut. She is joined by Nie Haisheng and Zhang Xiaoguang, all of whom have served as military pilots. You have to remember that this is China’s fifth manned space mission in 10 years too. That’s some rapid advancement. Not surprisingly, Chinese President Xi Jinping is “very happy and excited” about the launch of the Shenzhou 10 spacecraft.