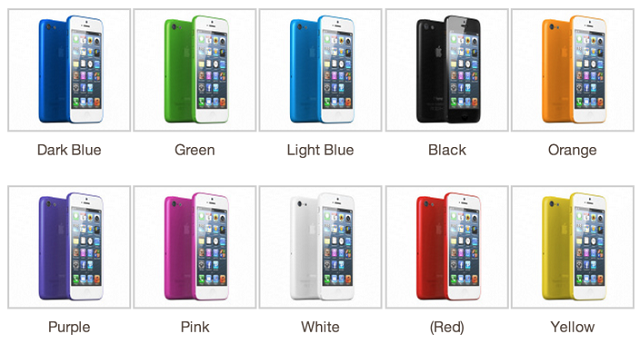 We’ve heard the rumors before, Apple is supposedly working on the upcoming iPhone 5 and a cheaper iPhone model. Now, a new report is suggesting that they have even bigger plans for the future: iPhones with 4.7-inch and 5.7-inch screens. Additionally, that rumored cheap iPhone will reportedly cost only $99.

The new rumor, which comes to us via Reuters, certainly can’t be pushed aside that easily. Samsung, as you might know, is leading the smartphone race with their bigger-screen “phablets” and a range of hardware configurations at different prices. It’s really hard for Apple not to sit up and take notice.

According to the report:

Apple is looking at introducing at least two bigger iPhones next year – one with a 4.7-inch screen and one with a 5.7-inch screen – said the sources, including those in the supply chain in Asia. They said suppliers have been approached with plans for the larger screens, but noted it is still unclear whether Apple will actually launch its flagship product in the larger sizes.

The cheaper iPhone, which is expected to be coming in plastic casing, will apparently be available in 5-6 colors.

“Trial production was originally planned to start in June, but the mixing of colours is taking longer than expected as Apple has very high and idealistic standards”, said one source in Asia, adding 20 million plastic iPhones are expected to ship in the October-December quarter.

Keep in mind that this is an unofficial report, so take it with a grain of salt. Branching out to as many as four models of iPhone seems like a pretty drastic change, and one Apple wouldn’t make lightly.

Do you think that Apple will go for bigger screens and prices as low as $100 for its low-cost model in order to get back to the top again? That price certainly seems to be a bit too low, doesn’t it? It could of course be the carrier subsidized cost.