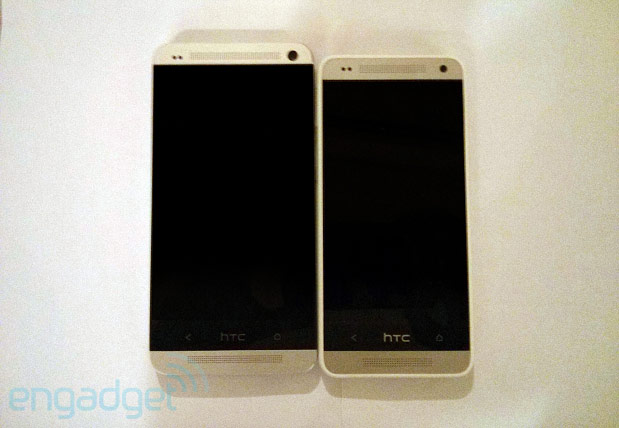 While we’ve known about the HTC One Mini (aka M4) for a while now, we’ve yet to see a clear, credible image of the device – until today. A trusted source of Engadget has now supplied new information about the HTC M4 (One Mini), alongside the image you see above.

As you can see, the phone clearly borrows from the design language of its bigger brother, to the point that you probably couldn’t even tell the difference at first glance.

So we know that the HTC One Mini is a smaller version of the HTC One, but what else do we know about it? The report suggests the phone will have a 4.3-inch display (likely 720p), a dual-core 1.4GHz Snapdragon 400 processor, and will feature Android 4.2.2 with Sense 5.

Now we just have to wait for HTC to go ahead and make it official. As for when its coming, the HTC One Mini supposedly is scheduled for launch in Q3 of this year. That means it could be coming in just a few short months.

What do you think of the 4.3-inch Mini, would you consider it over its bigger brother or not?