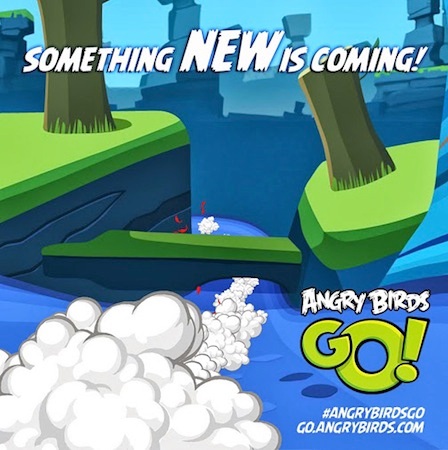 What do you do when you have a cash cow? You milk it, my friends! That’s exactly what Rovio has been doing with the Angry Birds series for a while now, not that we’re complaining.

We’ve seen countless reiterations of the Angry Birds mechanics, including Angry Birds Star Wars. We have even seen the franchise take a whole new approach with Bad Piggies. What’s next? Angry Birds Go.

“Those birds and piggies are getting ready for their most thrilling and action-packed game yet.” “All your favorite characters are returning for a brand new title that will bring you closer to Piggy Island than ever before. It’s Angry Birds, but not as you know it!”

So what is this game? Based on the teaser information (and the GO in the title), this is looking to be some kind of racing title. What we don’t know is whether or not this is a true kart-style racing game (think Mario Kart) or simply a Temple Run-like endless runner that is somehow themed around racing. We are hoping for the former, not the later.

We have no clue when Angry Birds Go is coming, other than its due for release sometime this year. We also aren’t certain what platforms this is for. While mobile makes sense, it’s not impossible to think that Rovio could consider a console game.

Are you ready for yet another Angry Birds game, or are you burnt out by the franchise already?