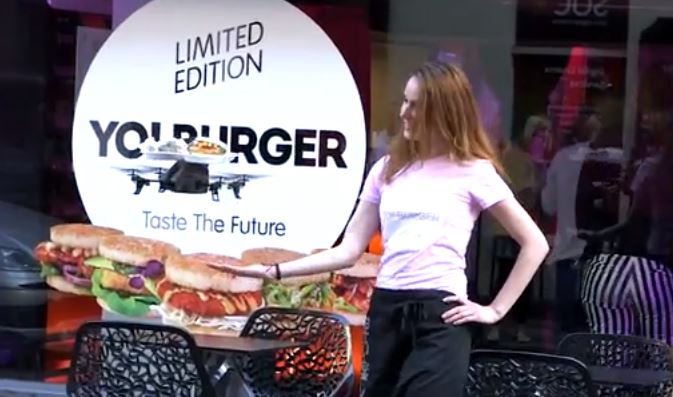 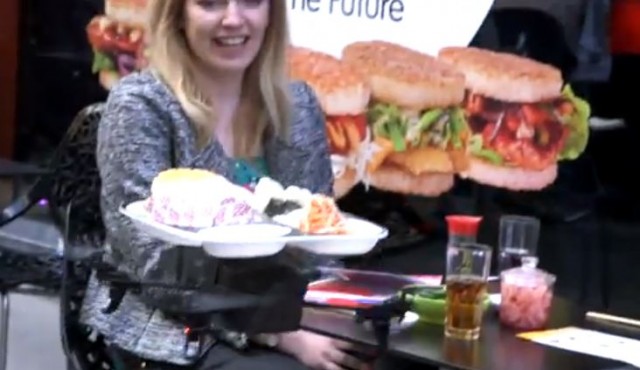 We’ve seen Parrot’s AR Drone and other similar quadricopters do their thing for a while now, but this may be one of the more interesting applications in recent memory. Yo! Sushi is a UK-based restaurant chain and their using flying drones to deliver their newest creation, the Yo! Burger. That’s right. The server isn’t even going to walk to your table to give you your food. 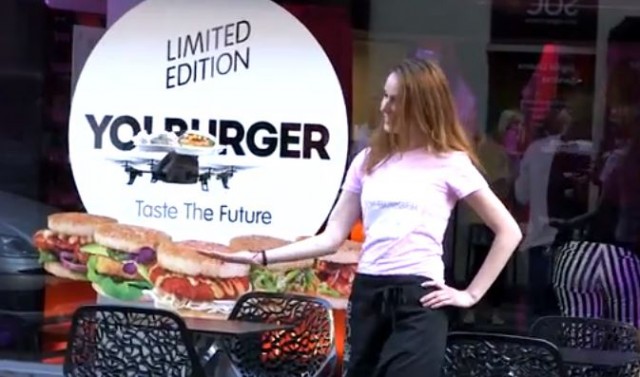 Instead, he or she will pilot the iTray flying drone from afar using the corresponding iPad app. The “food delivery drone” can fly around in the restaurant and onto the patio at speeds of up to 25mph. I’m not really sure what they’re doing to prevent the food from flying off the tray or how to make sure the drone doesn’t go flying straight into someone’s face, but there you have it.

Yes, it’s totally a gimmick and it’s really just a “shiny new tech” evolution of conveyer belt sushi (except it’s a burger… at a sushi place… in the UK), but if that’s what it takes to get people to eat at your restaurant, all the more power to them. “It was delivered as if by magic,” says diner Mark Rose. “Like an alien flying saucer bringing food directly onto my table.”