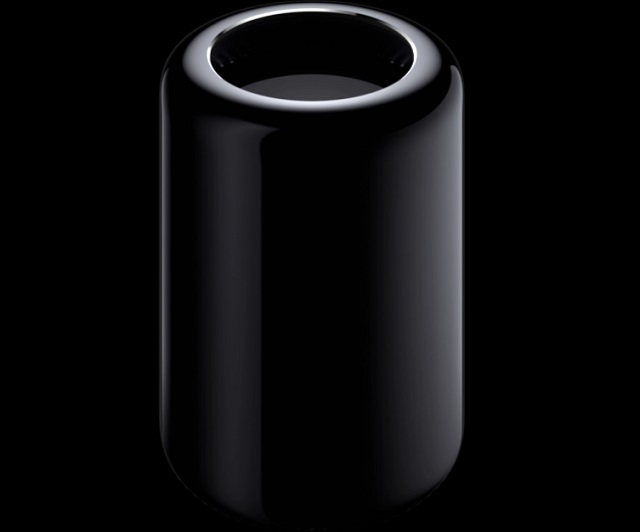 It’s been ages since a MAJOR update to the Pro, so long that many of us felt it was likely that Apple would likely abandon the product sometime in the near future.Apparently we were wrong. The Mac Pro isn’t going anywhere, and today received a massive update that gives it a new, cylinder design that is without a physical disk drive, and instead is much smaller and sleeker than any Mac Pro we’ve ever seen.

The new Mac Pro features a powerful next-gen Xeon CPU (up to 12 cores), dual AMD GPUs, Thunderbolt 2, 4K video support and so much more. The device is certainly a beast, that much is clear.

For those that have heavy PC needs, the Mac Pro remains one of the best solutions out there, though some might be turned off by the way the Mac Pro has traded some of its expansion capabilities over for a sleeker design.

To learn more about the Mac Pro, which is expected to arrive “later this year”, head over to Apple. Additionally, it is worth noting that Apple also unveiled a new version of the Macbook Air, which features additional power and better battery life.
What do you think of the Mac Pro and the new Macbook Air? Excited or not?