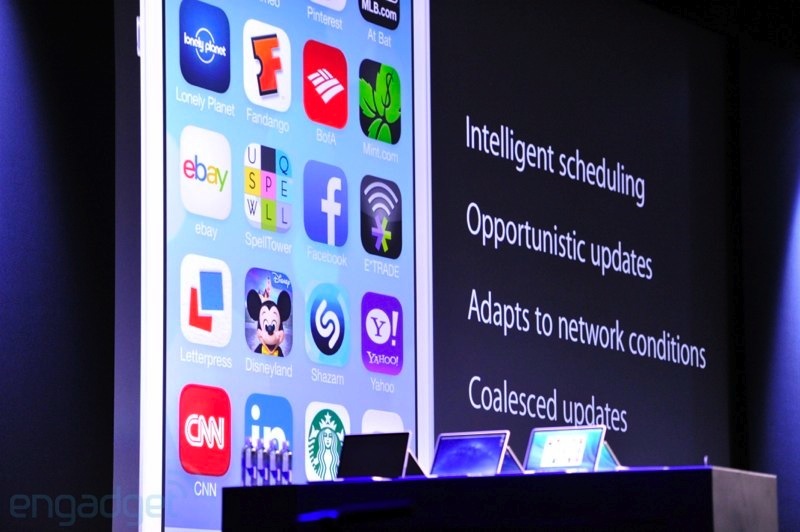 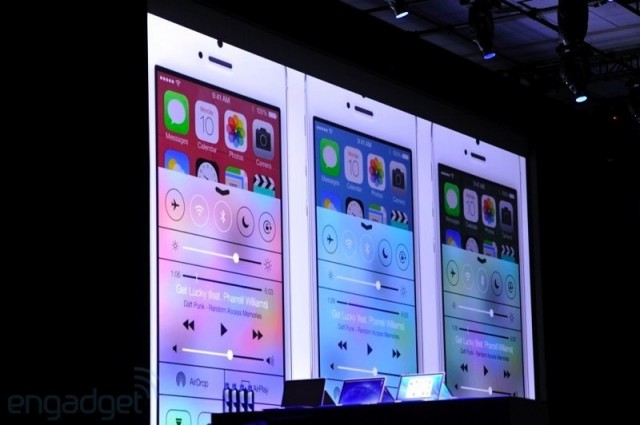 We’ve known it was coming for a while now, but its finally official: iOS 7 is here.

So what’s new this time around? As expected, the latest version features a completely redesigned look with flatter icons, a new lock screen, thinner lettering and more.

The design goes edge to edge on the display, and seems to have improved multi-tasking as well. You’ll also find that just about every app’s interface has been updated to fit in with the new look.

Tim Cook boldly calls iOS 7 the “biggest change to the operating system since the introduction of the iPhone”. There are certainly a decent amount of changes.

Beyond what we already mentioned, iOS 7 also sees an improved Messages and Game Center, simplified notifications, improved folders, and an improved Photos app. It is also much easier to swipe quickly through apps. There are even several brand new features to iOS 7. 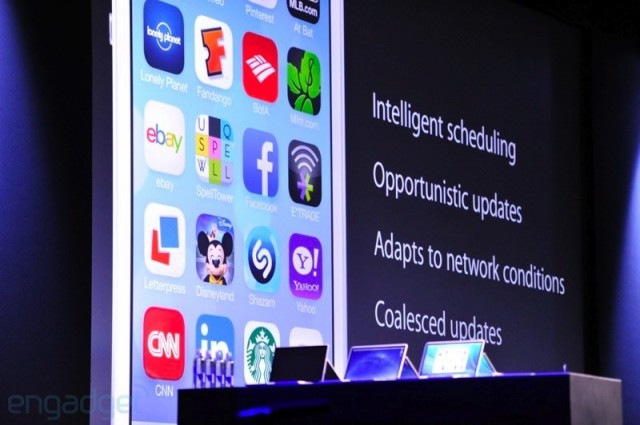 One of the brand new features is control center, which allows you to change brightness, switch to Airplane mode, turn on a flash light mode, listen to music. There is also “intelligent scheduling” which fetches updates according to your schedule and your current network quality.

No word on exactly when you will be able to grab iOS 7 just yet, or dowhat devices it will support. What we do know is that this is a dramatic departure from their past offerings.

What do you think, like iOS 7 based on what you’ve seen so far? Share your thoughts below.