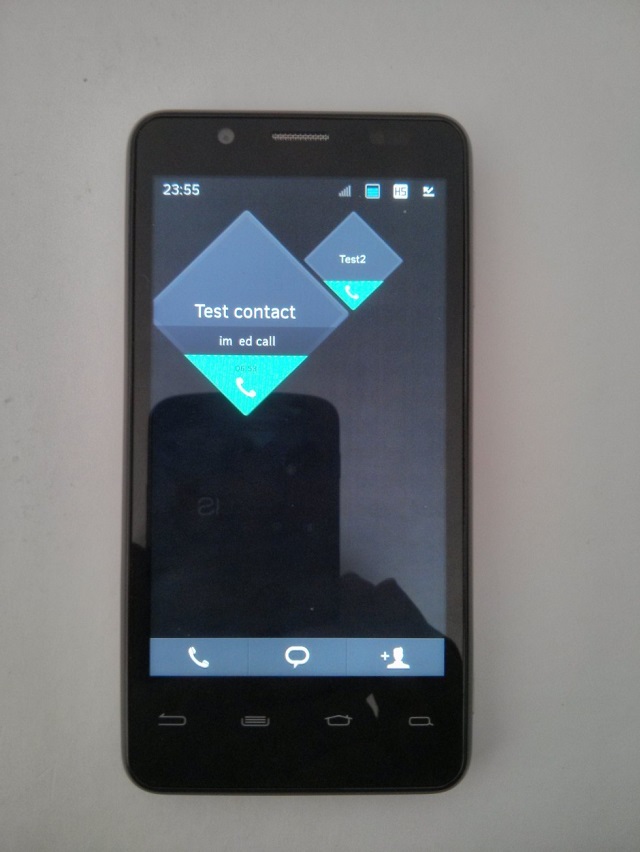 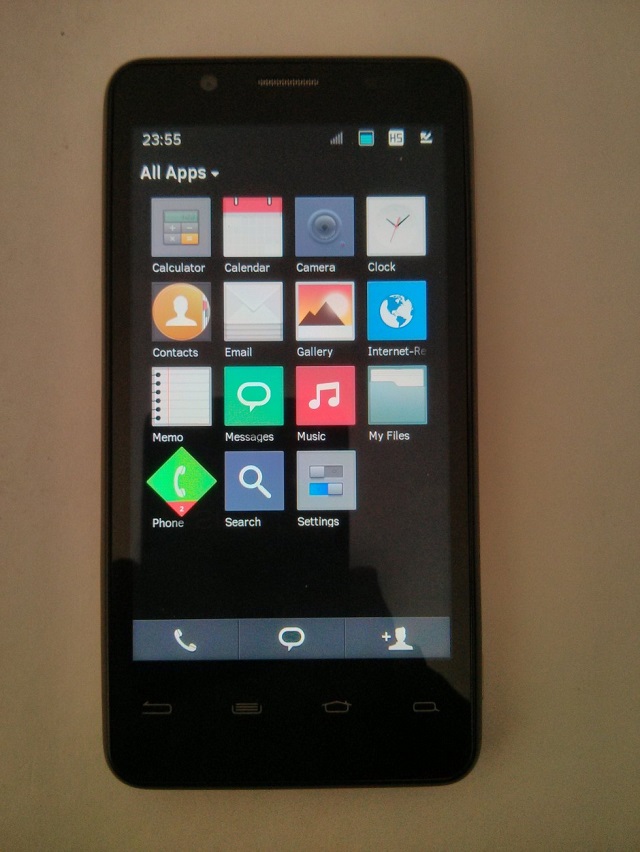 We will see smartphones running Tizen OS starting to hit the market in the coming months. The OS is backed by the Linux Foundation, Samsung, and Intel. Now it seems the chip maker has been busy developing the company’s own UI overlay, codenamed “Obsidian”, for Tizen. There is also talk that it could eventually be used on Android devices as well.

A leak has brought out pictures and videos which allow us to take a peek at Obsidian. The work on it is certainly not finished, but we can see some of its unique features.

As you will see in the video below, there’s slide-to-unlock on the lock screen and also “Life magazine” text. We saw the same thing on a Samsung reference Tizen device earlier. The apps are seen as boxy, closely-packed icons. It is similar to the flat designs of Windows Phone and Android (no iOS skeuomorphism here).

There will always be three buttons at the bottom of the screen: phone, messages and people. A single swipe left from the apps screen will take you to a single contact screen, and one more left swipe and you get to the contacts list. To alert notifications an app icon will be rotated 45 degrees and there will be a red notification at its bottom. Opening clock and settings or other apps will reveal a quick-view pane at the screen’s bottom with a button to fully open the app.

The Obsidian UI will reportedly run over Tizen 2.0 and the company’s reference device with the UI will be codenamed Josephine. But keep in mind that nothing is official at the moment.