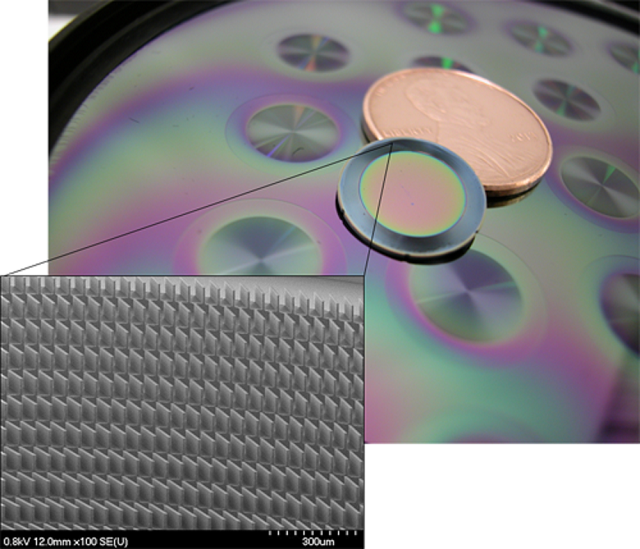 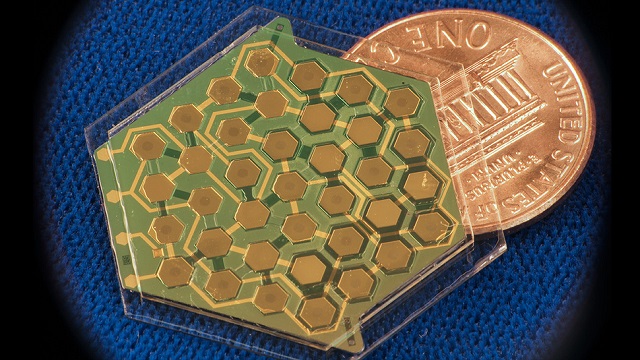 Many of today’s smartphones are coming with high end specs including fast processors. But a CPU of course can’t be too fast because of heating issues, unless there is a better cooling system available. DARPA’s micro vacuum pumps could eventually be the answer.

The pump that you see above is from the University of Michigan. It has an array of tiny hexagonal compartments to which smaller channels are connected for high suction. 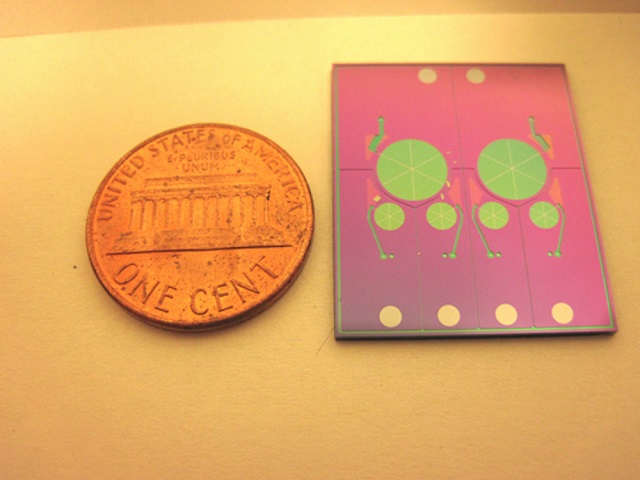 Seen above is the two-stage pump that has been developed at the Massachusetts Institute of Technology (MIT). The pump has curved surfaces which allow large volumes of gas to be displaced.

The pump from Honeywell International is similar in design to a turbine, but in reverse. Those blades that you see above, each of which is apparently half the size of a dot at the end of this sentence, push gas outward to create a vacuum in the center.

Andrei Shkel, DARPA program manager, says, “There have never been ionic or mechanical gas pumps at the microscale before. The CSVMP program has demonstrated both and more. The smallest commercially available pumps are the size of a deck of cards, which dwarf the vacuum electronics and sensors we want to attach our pumps to. These pumps are not only 300 times smaller than off-the-shelf pumps and 20 times smaller than custom-built pumps, but they also consume approximately 10 times less power to evacuate from atmospheric pressure to milliTorr pressures”.

In the not too distant future we might see mobile phones and other electronic devices arriving with high-performance processors which could be cooled by microscopic scale vacuums.