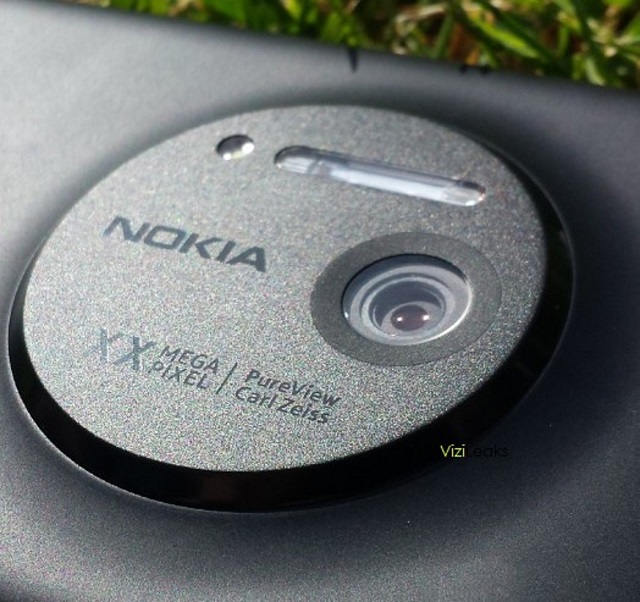 Nokia’s 41-megapixel 808 certainly turned a lot of heads, especially those of all the shutterbugs out there. But only if it came with Windows Phone, right? Well, Nokia is said to be having plans to introduce a WP device (“EOS”) with the same camera sensor as the 808 and with their famous PureView technology, and that device could be the one seen above.

As you can see, the device has a pretty giant bulge on its back. Of course those who like to click a lot of pictures with their phone wherever they go won’t be bothered about that hump as long as the photos are amazing, and from the looks of things it should have awesome cam capabilities. Carrying it around surely won’t need as much effort as walking with a big DSLR.

It also seems to a have a big flash. And we have a doubt whether that “XX” is suggesting that it’s a 20MP camera.

Whether it’s the EOS Windows Phone or not we are expecting the device to be official sometime soon. In the meantime, we are digging in for more info. So stay tuned for updates.

Would you mind such a bulge on your phone if it can take great pictures?