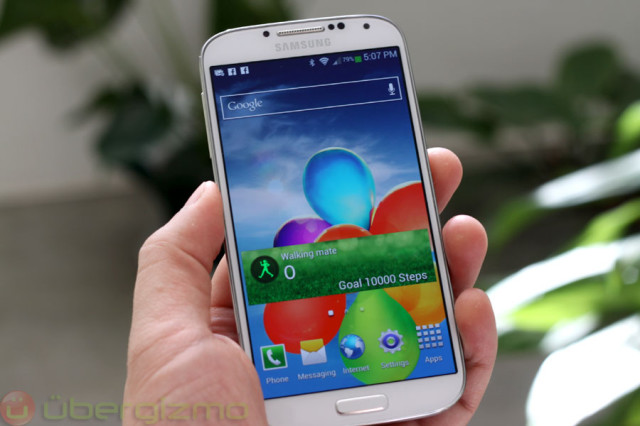 The flagship Samsung Galaxy S4 has enjoyed quite a bit of success in its relatively short time on the market thus far, but it is certainly not without its shortcomings. For instance, even though it’s listed as having 16GB of internal storage, users only have access to 9.15GB of that right out of the box. Samsung is working to fix this.

A firmware update has been pushed out that accomplishes several goals. First, it optimizes some of the pre-installed apps on the SGS4 so that the initial storage space available to the user becomes 9.23GB. Yes, that’s only an 80MB difference, but it’s a start. More importantly, though, the update also provides you with the ability to move apps off the internal storage and onto a microSD card that you stash in the back. Considering that the microSD port supports cards of up to 64GB, that should help a lot.

There are some other goodies that come along with this firmware update, too. First, you can get HDR video recording in the camera app, a semi-transparent status bar, and better legibility. They’ve also fixed a number of bugs. That’s the good news. The bad news is that the 357MB update is currently only available to Snapdragon-touting owners in Germany, but it should roll out to other markets soon enough.