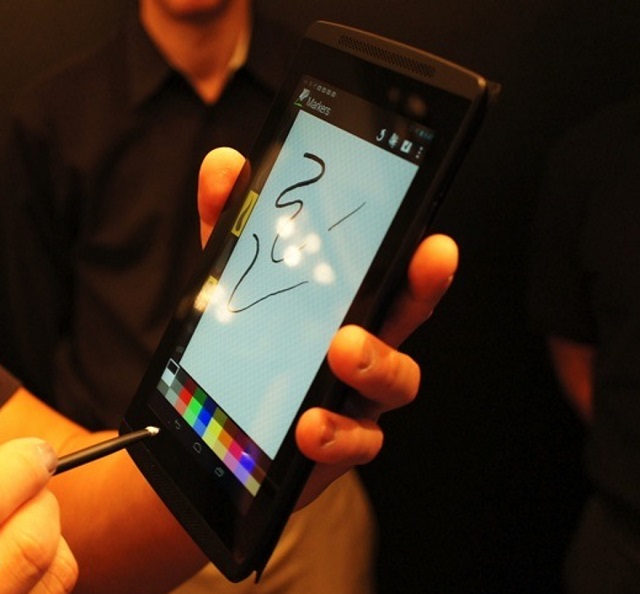 At Computex, NVIDIA CEO Jen-Hsun Huang showed off the company’s new software-based touchscreen technology on an experimental 7 inch tablet. He was using a non-digitizer stylus to write at different thicknesses on the capacitive screen.

All thanks to their new Tegra 4 chip and DirectTouch, there was a high detection rate which resulted in some flowing lines, and he was erasing the mistakes using the other end of the stylus. The CEO said, “The precision of DirectTouch is many, many times higher than your normal touch controller, the resolution and sample rate are much higher“.

The company is promising that the new tech will also improve battery life; of course that should be the case when using a stylus working on pressure on a capacitive touchscreen. No hints on which all devices will come equipped with the new tech, but they are expected to reveal that sometime in the near future.