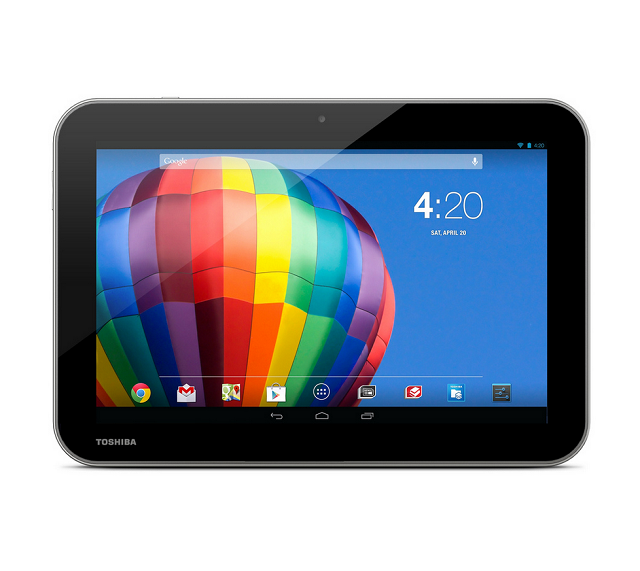 While the 7 inch tablets are becoming more popular these days due to affordability and being more portable, some prefer bigger real estate. If you are one among them maybe you should check out Toshiba’s three new ten-inch Android tablets: the low end Excite Pure (seen above), the Excite Pro, and the Excite Write.

The Excite Pure is not that exciting specs wise, but it’s also just $299.99. The slate is coming with 1280×800 display resolution and features the Tegra 3 SoC, 1GB of memory, and Android 4.2. There’s only a 16GB model, though MicroSD card expansion is available. You will also find a 3MP rear camera and a MicroHDMI port. 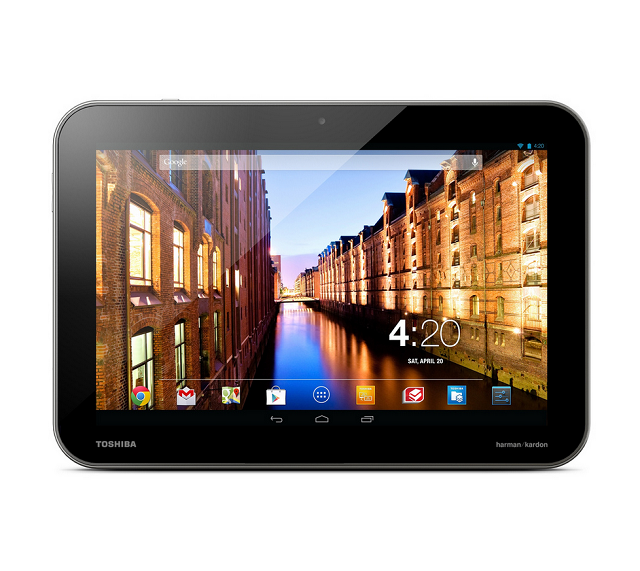 The Excite Write, as you can see above, will be available with a stylus, a 1024-point pressure sensitive one, which unfortunately does not dock into the slate’s housing. The device is coming with notation-focused apps and Gorilla Glass 2. The rest of the specs are similar to the Excite Pro. The Write will retail for $599.99, $100 more than the Note 10.1’s introductory MSRP.

The tablets will be available at U..S retailers and from Toshiba’s website next month. So, are you excited about any of these Excites? If you want, you can compare the new Excites with other 10 inchers out there by heading here.