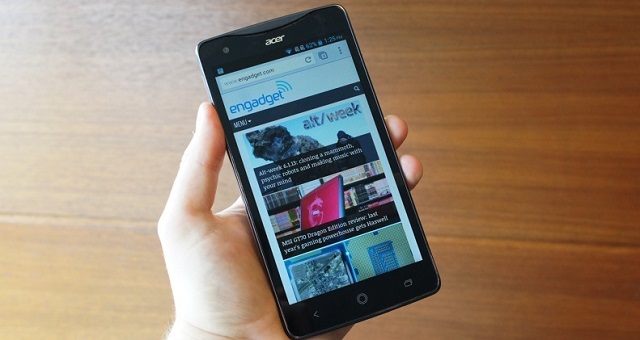 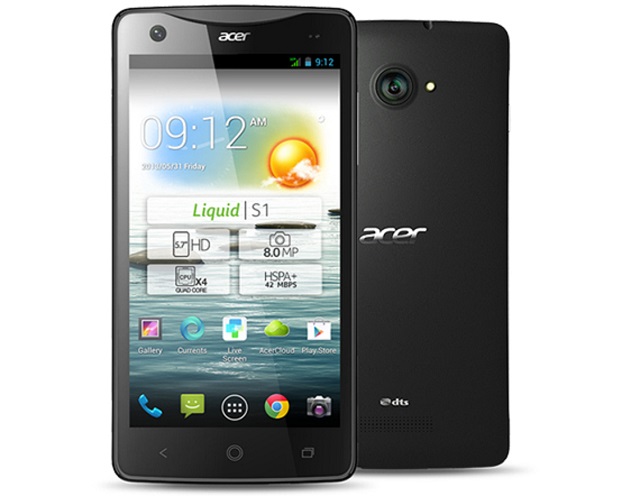 Acer is at the Computex event with their latest smartphone, the Liquid S1. The device features a massive 720p 5.7-inch display, the same as the one on the ZTE Grand Memo, and it is running Android 4.2.

The device is coming equipped with a Mediatek quad-core 1.5GHz processor and 1GB of RAM, along with 8GB of storage expandable up to 32GB through microSD. It has an 8MP back cam and a 2MP front one, and there’s also a replaceable 2,400mAh battery which, according to Acer, will allow the handset to last a day.

There are two SIM card slots, but no LTE folks. There are no hints regarding a US release (it probably is not coming), but they have said that the device is headed to Asia and Europe. It will be available in white and black in Q3 across France, Belgium, Netherlands, Ukraine, Russia, UK and Germany with a price tag of 329 euros (around $427).

That screen size means that it will be a bit difficult for single handed use, though it weighs 195g, just 15 grams heavier than the Galaxy Note II, and apparently feels light in the hands. And it has a matte finish black plastic on the back and the sides have contoured aluminum grips, so you will get a good grip.

As you will see in the video, which comes to us courtesy of Engadget, the UI is almost a stock one. There are some additions to the software, such as the pop-up window which will be revealed when you hold down on the multitask button.

They have also unveiled their Iconia W3 which is the first 8 inch Windows 8 tablet. It features Intel’s dual-core 1.8GHz Atom Z2760 processor, and 32GB or 64GB of internal storage. Check out the video below to take a peek at the slate.