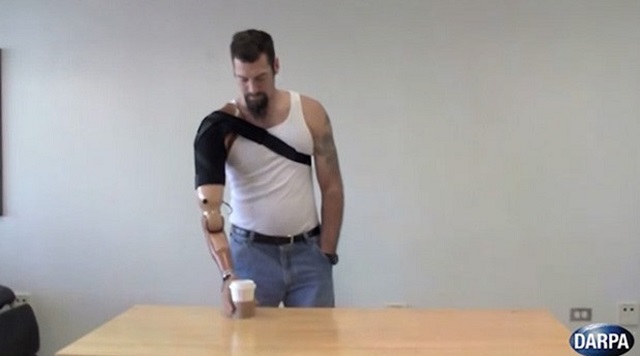 DARPA does not just do research on creepy robots, they are also very much into bionic limbs. And their RE-NET program has two new projects which are dealing with the link between amputees and their prosthetics.

The aim of the program is to perfect the technology which connects nerves and muscles with artificial limbs. This will allow users to move their prosthetic as they would move their real arm or leg and also feel with it.

The Rehabilitation Institute of Chicago is working on improving the connection between muscles and an artificial arm. The first video below shows what they have achieved so far. It shows a former army officer, who was injured in Iraq, using his muscles to move his prosthetic.

The second video shows the studies done by the Case Western Reserve University to improve the sense of touch available via an artificial arm.

Although both the projects are far from being finished, the progress they have made is certainly impressive.