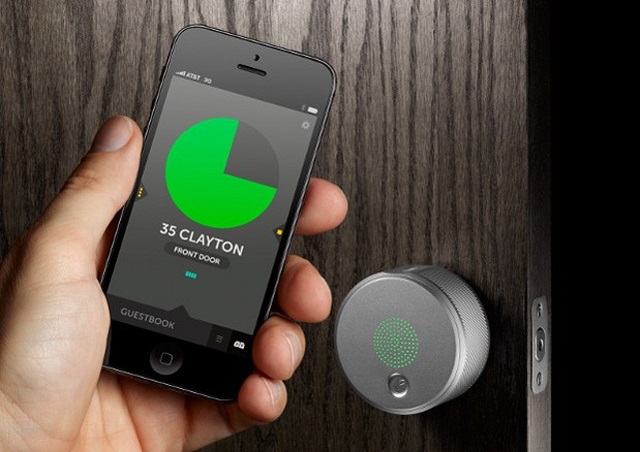 Developed by Yves Behar and Jason Johnson, August is a new smart lock which can be unlocked using an Android or iOS app on your smartphone via Bluetooth. The sleek looking device attaches to your deadbolt and it does not have a direct internet connection, so it’s less vulnerable to hacks.

There are virtual keys which you can send to your relatives or friends to allow them access to your house while you are away. The device also keeps track of the comings and goings of people. August runs on four standard AAs which will reportedly allow it to run for between six months and a year, and it’s also coming with a regular key just in case the battery dies.

The only problem is that not all devices are supported as it uses Bluetooth 4.0. You will need to own an iPhone 4S (or newer), or a third-gen iPad or the “latest model Android devices”. They haven’t announced which all Android models are supported. As you might know, this is not the only lock out there that interacts with a phone. There is also Kwikset’s Kevo, which can connect to an iPhone 4S or 5.

Although August can be used by anyone, it will most probably be more popular among vacation rentals. It will ship later this year for $199. Are you interested in getting one for yourself?