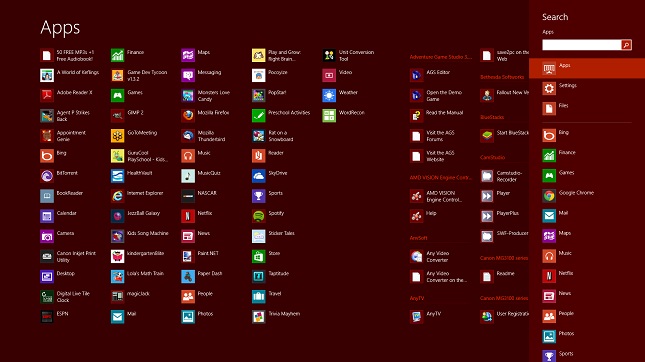 Windows 8 was meant to be a catalyst that would launch Microsoft forward into the mobile world, opening the door to tablets that could better compete with the iPad and the many Android slates already on the market. For desktop and laptop users, it also meant that they would see major changes from the traditional layout of Windows – including the loss of the Start button and the Start menu.

This change has come under heavy fire since day one. Despite many positive changes to Windows 8 (speed improvements, stability, etc), the new Modern UI and lack of Start button have continued to be a big target of debate.

Some love it, some hate it. Either way, Microsoft has taken notice and hopes to make a few minor changes in Windows 8.1 that will help ease new users over to its latest OS. For those that aren’t in the “know”, Windows 8.1 was originally known as Windows Blue and is arriving later this year as a free update for existing Windows 8 users. This June it will also arrive as a free public preview.

The new expansion pack (if you will) makes it easier to customize Windows 8 and tailor it to an experience that best works for you, with custom backgrounds, more color choices, additional tile sizes and true split-screen apps in the Modern UI. There will also be many new built-in apps and Microsoft will launch Internet Explorer 11.

All of these changes are fine and dandy, but what do they have to do with addressing concerns from those that haven’t made the switch or have been unhappy with Windows 8? We’re getting there.

Besides all the changes already mentioned, Windows 8.1 will also see the return of the Start button, as well as a way to directly boot up each time into the start menu, giving you a way to get started right from the desktop like in Windows versions past.

So what about the Start Menu? Will it return as well? Not exactly.

According to ZDNet’s Mary Jo Foley a reliable source tells her that the Start button will do one of two things:

1) Simply launch the Modern UI, like always.
2) Launch a full-screen “Apps” screen, which is sort of like a full-screen traditional start menu (Highlight the sort of part!)

Some of you are reading this right now thinking, “Hmm.. not quite Windows 7, but it sounds better than Windows 8 right now”. Others are probably thinking “WTF, Microsoft! I don’t want a stinking full-screen start menu. This is stupid”. I’m not saying either response is right or wrong, as OS preference is a personal thing. 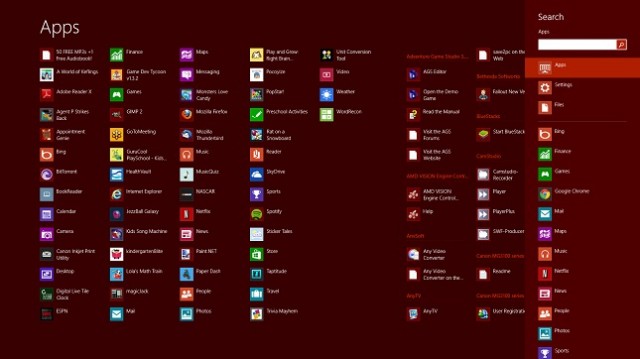 Will Windows 8.1 Make Any Real Difference?

The big question is whether Windows 8.1 can turn around some of the anti-Windows folks opinions of the OS. I would wager that the answer will be “No”.

The changes will ease the transition for those that would have eventually ended up with Windows 8 down the road when they bought a new PC. But I doubt it will entice those that have been on the fence about Windows 8.

These users will likely stick to Windows 7 in a way that many people hung on to Windows XP. After that? Either they will finally bite the bullet and upgrade to a new form of Windows, or they will move on to another platform.

So why didn’t Microsoft just recant completely and give us a regular “classic” mode for Windows 8? Honestly the biggest reason is that it makes Microsoft look soft.

Loosening up a bit and giving people a few transitional features (start button, direct to desktop boot) shows they (somewhat) listen to customer concerns. Completely bringing back everything from Windows 7 shows they have no confidence in their future direction.

Microsoft sees the writing on the wall. The PC market is declining and the mobile market is the future. That’s why Windows 8 exists, though I still wonder why they didn’t from day one release “Windows Slate 8” and “Windows 8” – with the only difference being that the tablet version would have modern UI and the standard version wouldn’t.

As it stands, I use Windows 8 for my desktop. I don’t care much for the new UI’s apps, but I still see value in the newest version of Windows and find that the Start UI doesn’t get in my way at all.

What do you think of Windows 8? Did Microsoft make a major mistake here or will it simply take years for us to see Microsoft’s long-term strategy for the change play out?