It looks like Apple might be taking a page from Samsung’s book, at least according to a newly discovered USPTO patent from Apple, called “Electronic devices with gaze detection capabilities”.

The patent describes a feature where your mobile device reacts by the movement of your eyes or head, doing things like dimming the screen when you aren’t looking at it or putting the phone into standby mode.

Then there would also be the possibility of looking away from a video and having it pause, or basically anything else that uses eye tracking. As you probably already know, these features already exist and are a big part of the Galaxy S4 experience. 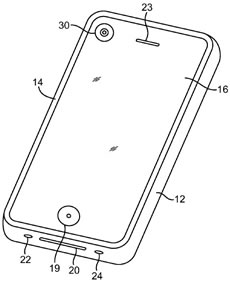 Of course if Apple does go forward with the idea of eye-tracking technology, don’t expect it to be exact same as what we’ve already seen. Apple has the habit of taking existing ideas and twisting them into something new and different.

It’s also worth noting Samsung already has a few eye-tracking patent features like “Eye Pause” and “Eye scroll”. Could this mean a future eye-tracking patent battle between Apple and Samsung? Considering their courtroom history, I wouldn’t be too surprised.

Putting the Apple-Samsung wars aside for a moment, do you think that eye-tracking is a good path forward for Apple, would you like to see the tech in a future iPhone? Let us know what you think in the comments below.