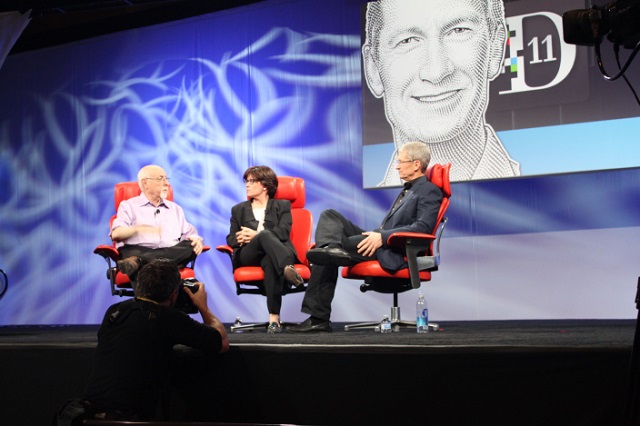 Nobody is certain whether Google Glass is the next big thing, although many tech enthusiasts out there strongly believe it is. But Tim Cook, who has been sharing his thoughts on the Google product and other wearable technology at the AllThingsD D11 Conference, is saying that broad range appeal for the Glass is “tough to see”.

But he has said that “the wrist is interesting”. Though this does not confirm that Apple is working on the so called iWatch, rumor is that the Mac maker has brought together a team of around a 100 people to work on the tech.

According to Cook, “Nike Fuel Band well made for the fitness category. Works well with iOS. The ones that do more than one thing aren’t great. They won’t convince a kid who has never worn glasses, a band, or a watch to wear one. There are lots of things to solve in this area, ripe for excitement. I think there will be tons of companies playing in this”. Including Apple? Cook did not answer to Walt Mossberg’s question about whether the company was working on one.

“I’m interested in a great product. I only wear glasses because I can’t see without them. People want wearables to be light, unobtrusive, reflect their fashion/style and so forth. From a mainstream point of view, glasses are difficult. I think the wrist is interesting. It is somewhat natural. I think for something to work [on the wrist], you have to convince people why it is worth wearing them”, added Cook.

So, it looks like it’s probably going to be iWatch versus Glass. What will you go for? Are you interested in the Google Glass? Or, if it’s coming, will you go for the iWatch? Of course everything will depend on what the products are offering. But it seems like Android’s openness will attract many users (creepy ones, especially) to the Glass as well.