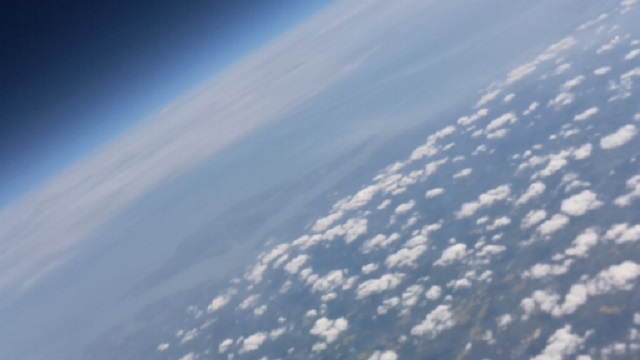 Considering its dirt cheap (roughly $25) pricing, the Raspberry Pi has certainly become one of the most flexible and useful little computers around. Not only does it work great for personal projects, home media servers and as platform for learning programming – it is also has now become a tool for taking pictures in space.

The Raspberry Pi and its recently launched 5MP camera were sent up as part of Dave Akerman’s “Pi in the Sky” project, where he wanted to get pictures of Earth from space and transmit the images back to computers on the ground.

Akerman crafted a case (and a parachute) for the Raspberry Pi and its camera, and then sent it upwards with the help of a weather balloon. The Pi snapped pictures every minute or so, above the skies in Souther England and three hours after launching the Pi, it crashed back to Earth.

So was that it for the little computer that could? Actually, no. While Akerman lost signal and couldn’t find his equipment, he had the sense to place his phone number on the casing and soon received a call asking him about the device.

What’s amazing is that Akerman reports that the Raspberry Pi is still working, same as ever. While the Pi’s space voyage might not forever change the world around us, it shows us just what a little curiosity and imagination can accomplish.

Check out Dave Akerman’s site for more photos from the Pi’s space flight. Do you have any unique ideas you’d like to try with the Raspberry Pi?