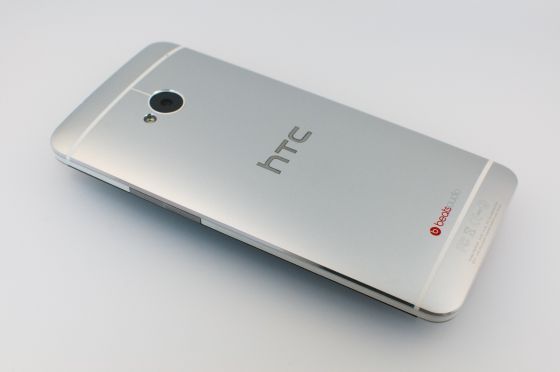 The fronts of our smartphones have been protected witih Gorilla Glass for some time now, but the backs are still prone to bumps and bruises and scratches. We want our phones to be tougher, but we don’t want them to be any bulkier. HTC just might beat Apple to the punch, because there are rumors that HTC may have “several” smartphones made of Liquidmetal before year’s end.

Up until now, the material has only really been used in ultra luxury Vertu phones, so this could be the first time that Liquidmetal is implemented in a more regular consumer-level smartphone. We thought that Apple had the exclusive rights, but I guess that’s not really the case. If the rumor holds true and HTC releases a Liquidmetal smartphone in the second half of this year, it could mean that when and if Apple does the same, it won’t have the same kind of “revolutionary” impact.

Liquidmetal, made by a company appropriately called Liquidmetal Technologies, is said to be as smooth as liquid, but it’s also twice as strong as titanium. What this means is that it is practically indestructible, in terms of day to day use, and it’s also very resistant to scratches, hits and corrosion. This may prove costly, so either HTC will have to cut costs elsewhere or raise the price of its devices.

The recent release of the HTC One demonstrates that this company still has a lot of promise, but it still doesn’t have the sales to compete against the likes of Samsung and Apple. Is Liquidmetal their ace in the hole? We’ll find out soon enough!