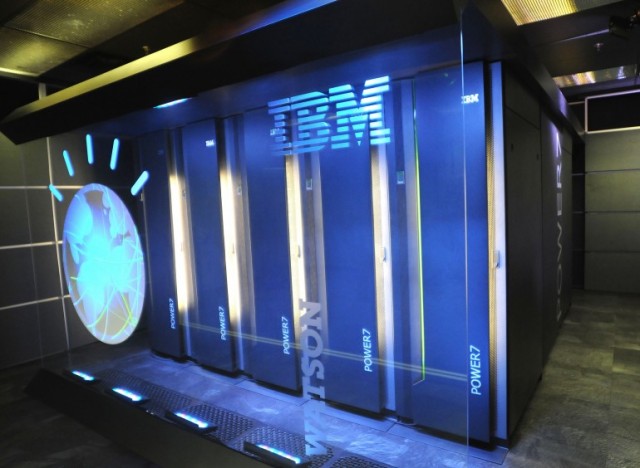 Most of us know about IBM’s Watson supercomputer from its stint on Jeopardy, taking down the likes of super Jeopardy champ Ken Jennings. Since then, Watson has managed to shrink in size by 75 percent while improving system performance by 240 percent. And what is he doing with this extra power? He’s figuring out why you had an extra $2.33 in service charges last month on your banking statement.

Yes, IBM Watson has a new job in customer service as the “IBM Watson Engagement Advisor” and he can be the size of four pizza boxes. The idea here is that there is just so much unorganized data (90% of the world’s data was created in the last two years) and information available to human CSRs who are usually trained to follow scripts. We’ve all been frustrated with phone support at one time or another. What Watson can do is sift through this mountain of data, utilize its advancing natural language processing capabilities and provide you with a suitable solution to your customer service problem. Companies are motivated to keep you happy and Watson could do a better job at that than an outsourced agent at an overseas call center. 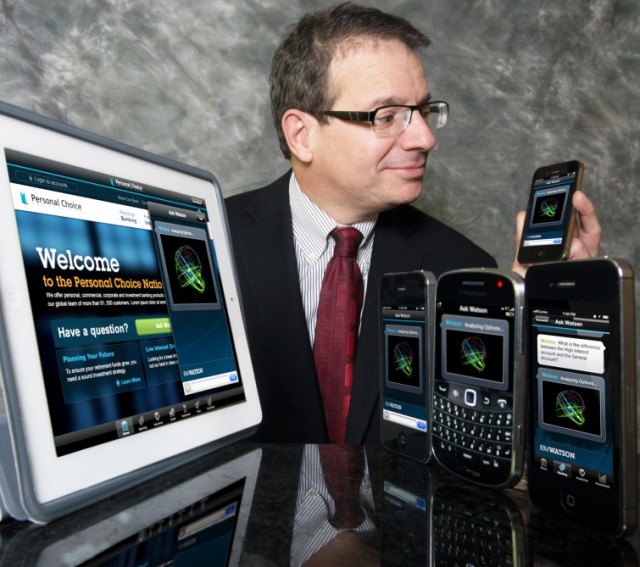 Given the current generation that prefers more self-service and interactive options, Watson accessible as a mobile app could make a lot of sense too. Watson can successfully resolve more issues and do it faster, whether he’s doing it himself or if he is just made available to that human help desk CSR.

“Customer engagement is a natural fit for Watson,” said IBM Watson Solitions GM Manoj Saxena, “which can instantly create a strong bond between who customers are as individuals, and what types of information will help them reach their goals.”

In addition to Royal Bank of Canada, IBM Watson Engagement Advisor is initially being hired by ANZ bank, Celcom of Malaysia, IHS Inc. and Nielsen.